The Online Science Community: Under The Microscope With The Crack In It (Part II)

If you missed Part I, go here:

"Believe it or not, there was a time when I didn't consider acupuncture to be a form of woo."

It now seems tragic for me to continue pursuing this series, but Orac's words go to the heart of my point about the online science community: they're a collection of NewAge (or former-NewAge) Liberals who, in my estimation (by not exploring their biases fully) haven't totally seen the error of their ways in other areas. It's like Orac can't understand, as he ponders why homeopathy still persists, these bad things happen because people like him allow them to happen.

I clearly remember when I first suggested he should consider actually doing something - other than merely making fun of woo - and the derisive replies I received from him and those on his message board. It pissed me off, because I was desperately looking for help then, and each of those comments just seemed to be another bit of confirmation - not that the situation was hopeless (I've obviously not lost hope and have even seen Orac grudgingly come around) - but that it was the science community that was hopeless. Like all NewAgers and Libs, they were so sold on the smell of their own farts, it was clear my job was going to be bigger than I thought.

Like Ted Patrick before me, getting stifled by the courts in the 70's, I was becoming a black cult fighter, but this time, anti-cultism is being abandoned by the liberals in science: I had made the innocent mistake of naively considering science my (natural) ally.

Unfortunately, it didn't stop there. I thought, maybe, it was just the guys with the attitude problem, right? Surely, female scientists wouldn't be as close-minded as the guys. So I found the ever-popular Skepchick's site, but, while her posts could be somewhat informative, they could just as easily start like this: 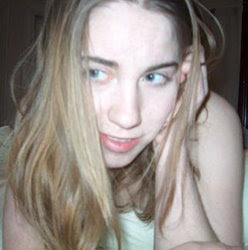 "I once was a hippy. Okay, I still consider myself rather hippy-ish, but not like I was. I worked as an activist for a progressive nonprofit, used all organic everything, ate a completely vegetarian diet, and I smoked a lot. Tobacco. Of course. Nothing wrong with any of those things, it’s just that all together they technically made me a hippy.

But as part of the hippiness, I also thought homeopathy was a perfectly acceptable alternative to prescription medication. I didn’t really think about it — it just seemed to be common knowledge. At the time, I assumed that homeopathy was the same as naturopathy: all natural ingredients that people have known for centuries to be beneficial to a person’s health."

My heart sank - the bitch is a NewAger - and, since then, it's been all downhill.

Oh sure, occasionally I'll find a few people in science who get it but, almost to a man, they're all doctors - not scientists. (I was shocked when Richard Dawkins did The Enemies of Reason. Good for him.) Almost every pure science site around is a sickening display of NewAge and liberalism, to such a sickening degree it's, well, sickening. It doesn't surprise me they can't see the huge holes in the arguments for Global Warming because not one of them is objective in the least. Listen to Abel Pharmboy over at Terra Sigillata: 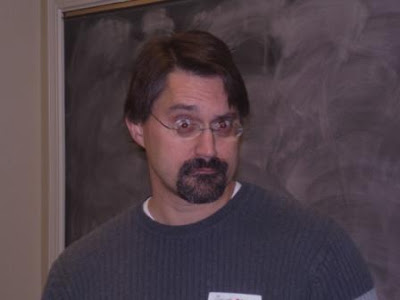 "Two political posts in two days. Apologies to those who come here for the science but these are the issues getting my attention and energy this week.

Billy Bragg is a special guy in my life and this song from 2002 was particularly prescient.

In memory of those lost in the 11 September attacks, the Spanish 11 March bombings, the thousands of allied forces and Iraqi people dead and injured, and all around the world whose needs have gone unmet in exchange for financing an unguided and unnecessary war."

Yea sure, cry me a river, you simple-minded asshole. Stay on the pharm, boy, because you understand absolutely nothing about war, world politics, self-defense, foreign affairs, the Middle East, or music. (I once toured with Billy Bragg - great guy - but, let's face it, he's a fucking commie with an acoustic guitar and, in 2008, you can't get much more out of touch than that.) And with dickheads like Abel Pharmboy in it, you don't have to be a creationist to think science is being held hostage by some pretty dumb people.

The Left has lost 6 of the last 8 elections, but has that caused the scientific community to examine the evidence, and re-think their assumptions, especially, about themselves? Not that I can see. They're throwing out the same, lame, charges as all the rest of the idiots and, then, wondering why the woo-miesters get play but no one pays them any mind when they make a pronouncement. Well, it's their own faults for being such wimps when it comes to being honest about the reality they claim to be examining in such detail. I, for one, ain't fooled, by their degrees, the bullshit they say, or anything they claim to stand for: