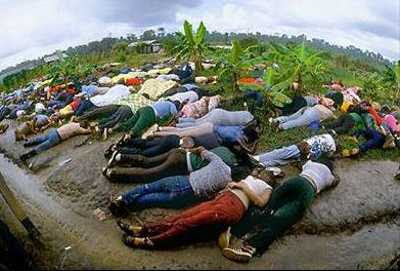 "We expect our killing fields to be marked a certain way, and with at least a certain rhetoric of rectitude. 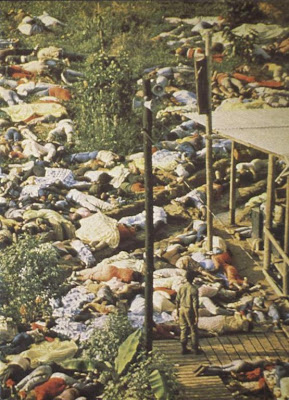 At Jonestown, in Guyana, there are no markers, no memorials noting what took place, no manicured clearings to mark how the site looked 30 years ago, when more than 900 Americans died there in a still hard-to-imagine moment of mass suicide and outright murder. 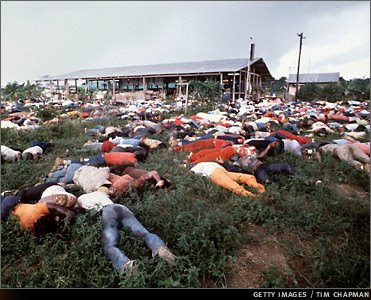 It is an open field bifurcated by a red dirt road, with knee-high bush to the north and, to the south, thick jungle. 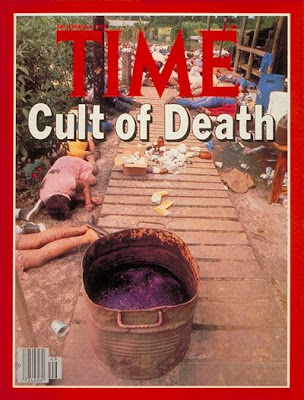 You don't even realize you have entered the site until you are already there. 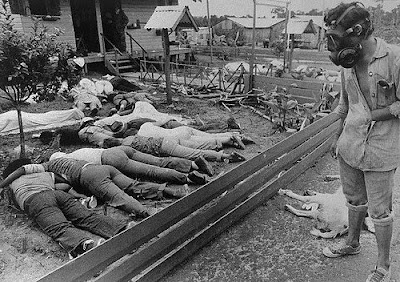 The wooden billboard that used to hang over the entry, proclaiming 'Welcome to Jonestown / Peoples Temple Agricultural Project,' vanished long ago, along with virtually all other signs of Jim Jones and his followers, who died by the lethal ingestion of cyanide-spiked grape Fla-Vor-Aid, forced injection and gunfire. 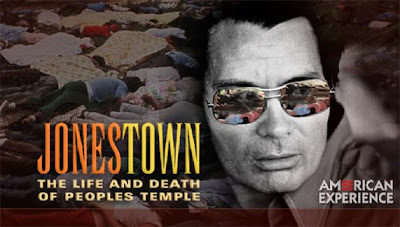 It is as though the memory of the massive loss of life -- following the brazen murder of a U.S. congressman who had come to investigate complaints about the compound, three members of the media accompanying him and a commune defector at a nearby airstrip -- is still too extreme to be remembered.

The event remains the most famous moment in the history of Guyana, which is roughly the size of Kansas and is the lone English-speaking country on the South American continent. The memory of the massacre is spooked with dark ironies about the country's 42-year history of independence from the British Commonwealth. 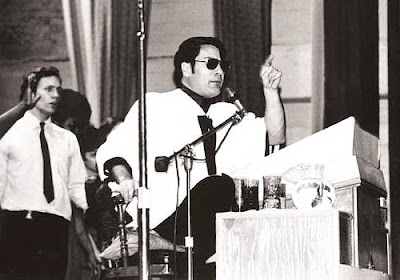 The Guyanese government had tried to develop a new and proud independent identity for the country that would serve as a model for postcolonial development -- and initially welcomed Jim Jones as a blow to the American forces of imperialism. 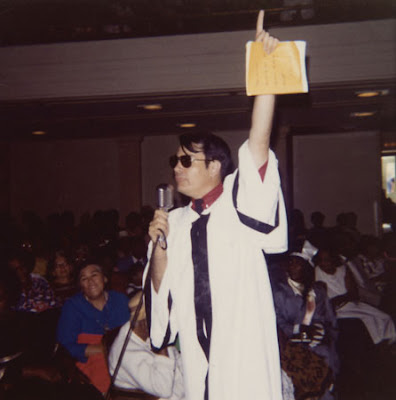 After the massacre, the country's leaders opted to absolve themselves of the events, pointing to the Americans as if they had landed from Mars. 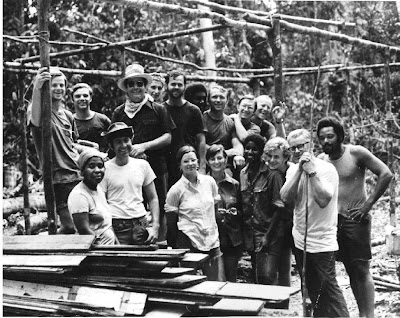 ...They began to show up around 1974 after the organization leased 25,000 acres from the Guyanese government. 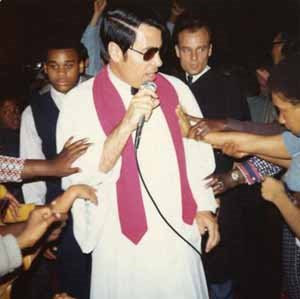 (The bulk of the congregants, an unlikely cohort of African-American seniors, youthful white progressives and a small army of school-age children, would arrive two years later as unflattering reports of financial irregularities and church beatings began to appear in the San Francisco media.)"

-- Eric Banks, paying a visit to cultism's ultimate NewAge "power spot" - and the scene of a crime with contemporary psychological implications that still ring much-too-loudly today - for The Wall Street Journal. 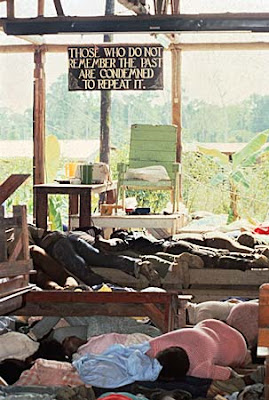