And Laura's Going To Lead All The Libraries,... 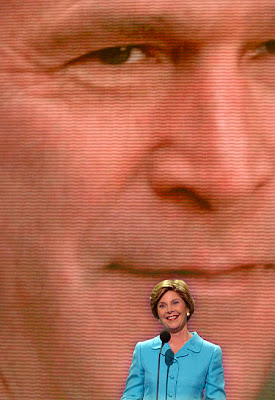 "George W. Bush and/or George H.W. Bush bought hundreds of thousands of acres in Paraguay, adjoining a similar spread owned by the Unification Church's Rev. Sun Myung Moon. Both massive parcels are hidden within a remote South American wilderness atop the world's biggest freshwater aquifer adjoining a secret U.S. military airbase. Oh, and there's a special non-extradition law to protect the Bush/Moon families as they enjoy their old age and run drug/weapons smuggling rings, safe from American justice. And they'll own all the drinking water in the world, or something."

Nobody mentions Laura Bush very much - because she's no Hillary Clinton - so, in honor of the First Lady, I'd like to add this other arresting photo I found: 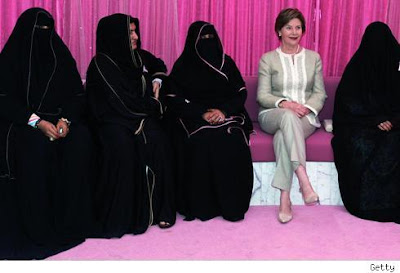