I Said It Before And I'll Say It Again: Fuck Yoga And Meditation And Everyone Who's Doing It

I remember a while back, talking to people about the dangers of yoga, and listening as they all assured me it was for exercise. Well, according to the new issue of TIME Magazine, they've finally figured out the news on yoga as exercise is just as bad as I said: 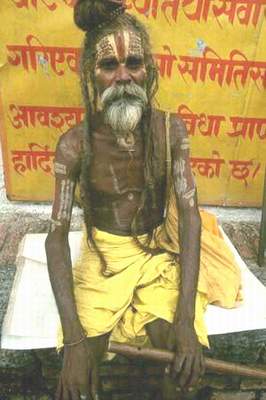 "Over the past three years, 13,000 Americans were treated in an emergency room or a doctor's office for yoga-related injuries,...yoga, regardless of the form, doesn't offer a comprehensive way to get fit,...It's not the best way to lose weight either,...power yoga burns fewer calories than a comparable session of calisthenics." 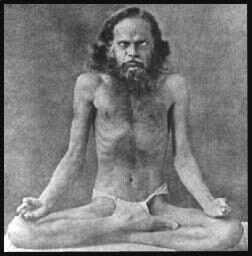 And the results of a German meditation study is even worse. After talking with meditators, and their families, here were the results: 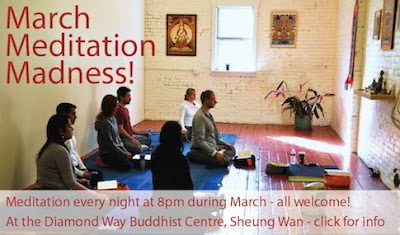 • 70% recorded a worsening ability to concentrate.

• Researchers found a startling drop in honesty among long-term meditators.

"A startling drop in honesty". That was certainly my experience with my ex-wife, that's for sure. (Gotta explain all that "energy" somehow, right?) Here - let's follow up on that: 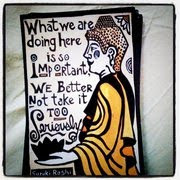 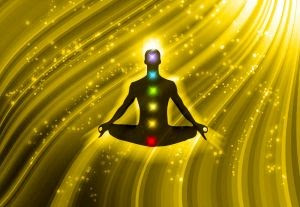 The meditation reduced openness in its being a communicative quality. As a non-verbal attribute of understanding and the ability to communicate one's thoughts, it transformed into the opposite. Through this lack of openness, honesty shows a startling drop,...ability to make contacts changes,...politeness,...warmth and sympathy,...A distinct cooling in the relationship is indicated, on the commencement of the [meditating] practice by one of the partners,...In the area of performance, therefore, [meditating] does not cause an improvement, rather a disimprovement[sic] and accordingly fails in its promises.

Ex-meditators, parents and married partners are all united in this aspect, with some individual differentiations. Even ability to make contacts and dependability as well as warmth and sympathy were reduced in the opinion of the parents.

The ex-meditators were careful in their self-evaluation,...They ascertained the general development of their personality during the,..meditation phase to be negative,...the change,...caused a great deal of conflict in their lives. Likewise a strong decrease in humor was evident,...In all three groups the perception of reality and openness were the most notable indicators of negative changes,...The transformation in the perception of reality shown in previous evaluations led, as a consequence, to a lack of openness. This was expressed more in the emotional disposition [spouses] (married partners) and in social attitudes [parents] [parents]. For ex-meditators it signified a certain isolation caused by the meditation which co- existed with an increase in self-awareness and equilibrium. The capacity to make critical evaluations decreased significantly. 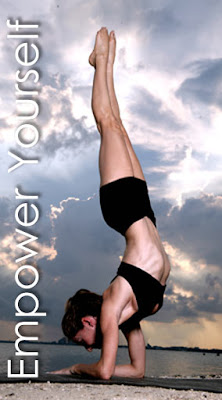 This major reduction in positive characteristics stands in total opposition to the promises made by the [meditation] movement.

Meditators were, before [meditating], mainly mentally active and had many interests and were open. They had good to very good relationships with family and friends,...The daily rhythm changed in 90% of cases, i.e. eating, sleeping and/or work habits. During the [meditating] phase they lived more or less in isolation, showed a disimprovement in disposition towards performance, and needed much more sleep than before, as a result of a continuous tiredness.

Everything had to be subject to the sometimes very long meditation program and the changed daily rhythm it necessitated,...75% gave up previous interests and dispositions,...A primitive form of language developed and a missionary style of speech, which non-meditators found to be indoctrination-like, cliche and mechanical. 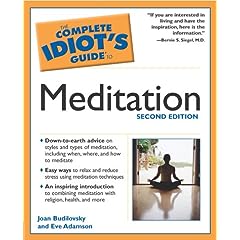 Social relations were reduced within and outside the family,...Whereas 81% took part in family life before,...this number was reduced to 34%; 57% completely withdrew from family life.

The established reduction in communications has a particularly strong effect on married partners. Intimate and emotional contact is considerably reduced; up to and including complete abstention. The relationship to the children also suffered, i.e. the time devoted to them, their care, and patience in dealing with them all lessened considerably. In some cases this amounts to a total neglect of the children, because they represent a "stress factor" and because [meditating],...has now priority in their lives. The will to lead a "one-to one" style relationship is weakened, and becomes practically non-existent. Many meditators become divorced or lead a withdrawn monastic lifestyle. The "I-you" relationship is replaced by a narcissistic self centered attitude. The social dimension fades into the background and the meditator becomes more and more incapable of carrying on a loving relationship. The relationship between activity and meditation which is based on [meditation] teaching shifts from the general social sphere exclusively towards their own referral group. It is a deliberate deception for the [meditation] movement to claim greater achievements and social activity for meditators. What is meant is an activity solely directed towards the aims and purposes of the [meditation] movement, which is striving for an "enlightened World development of consciousness". The social dimension in the form of political activity etc. fades away considerably if not completely. 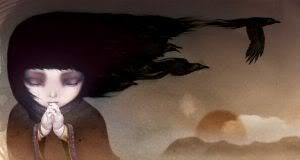 The social behavior of meditators and the attitude of the [meditation] movement towards social life exhibit sect-like tendencies, which have nothing to do with the relaxation technique presented to the public by the movement.

The personality profile once more gives the trend of changes in all three groups: there is no development of personal attributes in the sense of an improvement in those attributes. Various attributes, like the emotions and a social responsibility, lose all importance throughout. [Meditation], however, promises an improvement of and increase in these attributes. Most strongly affected are the perception of reality, openness, and the ability to make critical evaluations."

It's all a bunch of lies. All lies. (And why can I, easily, find this proof of it but none of the believers seem to know it?) It's no wonder I'm divorced once Karine got into this shit. There was no talking to her. She didn't sleep for months at a time - leaving me to worry about her - only to find out, ultimately, she didn't care squat about me. (Remember "don't worry about Troy and he won't worry about me"? Even though I didn't know she was doing whatever crazy shit she was doing at the time - it was all in her head,...just selfishness to the very core of her being.) She'd lock herself in the bedroom and just scramble her brains, hating me for interrupting her bullshit self-brainwashing. It's all just sick, weak-minded, destructive, shit:

Sexy Sadie - what have you done? You've made a fool of everyone. And I definitely married the wrong girl.