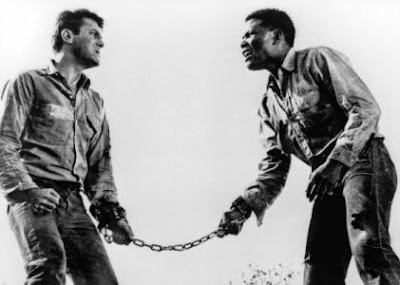 "I have to do what? And why and for who again?"


After all the evil whites have been committing against blacks for centuries, this cracked me up - especially because "liking white people" is the mental threat whites openly use for employment - which is why they don't hire many blacks. Whites attempt to wish (or demand) their long-standing historical assholishness out of our minds:


“Prosecutor: Co-Worker Had Altercation With Beheading Suspect ‘About Him Not Liking White People’”


Maybe now whites will finally stop thinking it's their job to try and tell those they oppress how to feel about it,...

Posted by The Crack Emcee at 1:38 PM No comments:

It's good to see every white's favorite black, Don Lemon, in there - bringing up the ignorant rear:

Look at the confusion, and frustration, on his and the white lady's faces when Reza mentions that Saudi Arabia has beheaded more people than ISIS and we say and do nothing.

They might as well be debating race in America,...

Posted by The Crack Emcee at 11:12 AM No comments:

Question: If American Democracy Is Really So Good Then Why Must The United States Force It On Others? 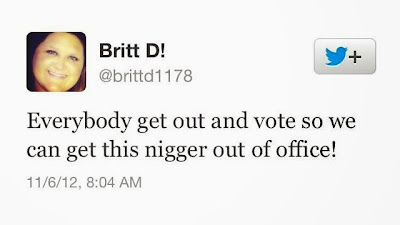 Posted by The Crack Emcee at 10:57 AM No comments:


The white news reporter happily tells us Jeralean Talley was alive through three centuries, and has "seen everything," but she forgets to mention that, when the first lawnmower was patented, most blacks saw they couldn't afford one (same goes for cars and planes or plane rides) or that when the first ice cream cone was invented, Mrs. Talley saw she had to get the confection from the back entrance of white establishments in the racist environment blacks were forced to call "home."


There's no mention that many of the 20 presidents she's seen were either former slaveholders or racists - or that Mrs. Tally saw them steal her taxes to support public facilities, like the libraries and swimming pools she (and her family) couldn't use for most of her life. But the happy white reporter did find time to mention DNA and Playboy Magazine, for the simple reason they existed to be seen and, thus, were soooo much important to the true telling of an elderly black's life experience in America.


Rosa Parks is wheeled out to represent 1955, but not a single word about why Rosa Parks had to take a stand, or what Jeralean Talley saw before that date,...unless you count the creation of DNA and Playboy Magazine. The creation of McDonald's and Sesame Street are also mentioned, though I have no idea why. (The lynching of blacks, for political purposes, certainly didn't make the cut - Jeralean Talley never saw any of it, presumably.) So what's MY take on this wonderful "story" of black longevity?


Whites are about as useless, as journalists, as they are citizens,...

Posted by The Crack Emcee at 10:03 AM No comments:

Why Everyone Lies But Me (I'm Not Involved In Cults) 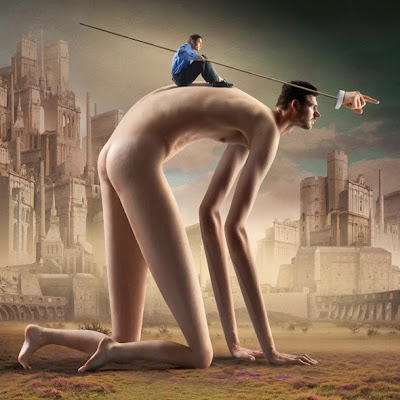 These poor deceitful fools, I'm usually 5-10 years ahead - and, since they can't keep the truth quiet forever, even amongst themselves - eventually, I always win:

“LIKE most children of the Reagan era, I grew up with a steady diet of media warnings about the perils of religious cults — the gurus who lurked in wait for the unwary and confused, offering absolute certainty with the aftertaste of poisoned Kool-Aid. From the 1970s through the 1990s, from Jonestown to Heaven’s Gate, frightening fringe groups and their charismatic leaders seemed like an essential element of the American religious landscape.

Yet we don’t hear nearly as much about them anymore, and it isn’t just that the media have moved on. Some strange experiments have aged into respectability, some sinister ones still flourish, but over all the cult phenomenon feels increasingly antique, like lava lamps and bell bottoms. Spiritual gurus still flourish in our era, of course, but they are generally comforting, vapid, safe — a Joel Osteen rather than a Jim Jones, a Deepak Chopra rather than a David Koresh. ”

And that's the cult world I've been writing about for almost a decade - to massive denials from all quarters - only to have The New York Times now detail how the liars pulled it off: 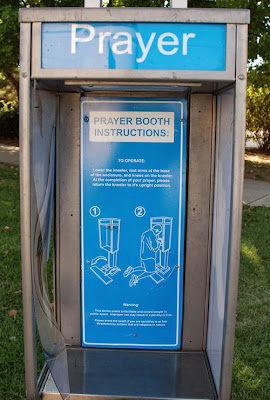 They're all, collectively, still lying to anyone who will listen - which ain't ever going to be me. 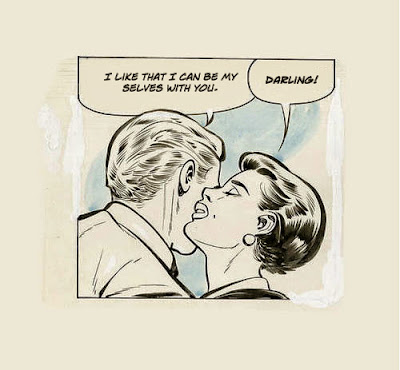 Posted by The Crack Emcee at 7:01 AM No comments: 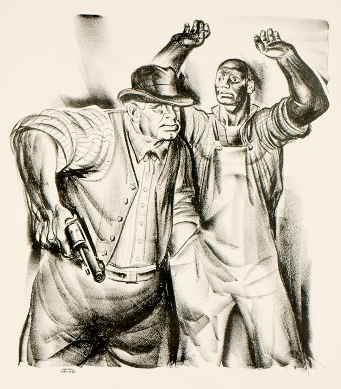 Whites are the only Americans who consider the phrase “stop fucking with me” to be an insult. 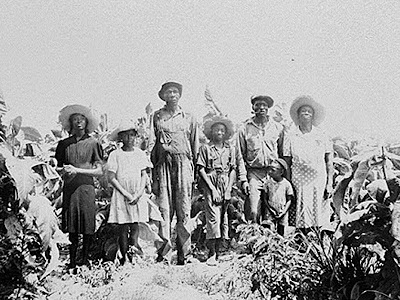 Whites are the only Americans who consider the phrase “stop stealing from me” to be insolence. 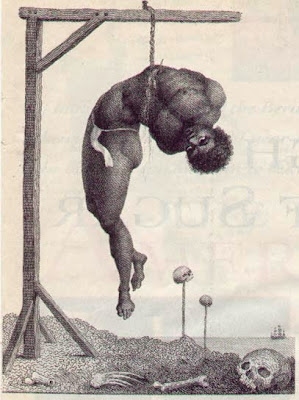 Whites are the only Americans who hear “stop killing my people” as an unusual request. 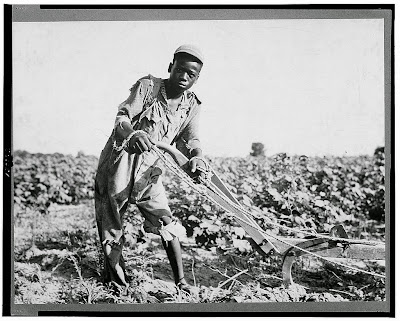 Whites are the only Americans who think their attempts to subjugate and/or kill black families is something we can easily "get over" without an apology or recompense. 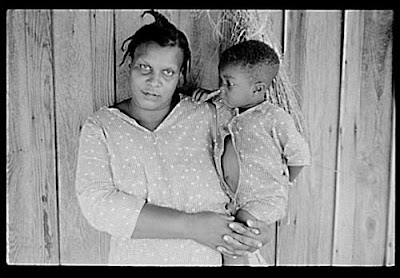 Whites are the only Americans so filled with white supremacy they'll say blacks should be "grateful" for enduring their bullshit. 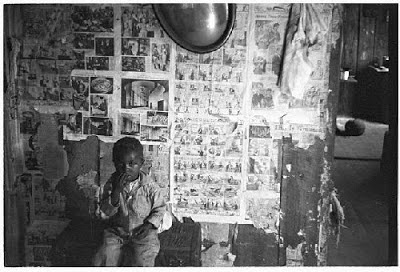 Whites are the only Americans who are best known for taking credit for things they didn’t do. 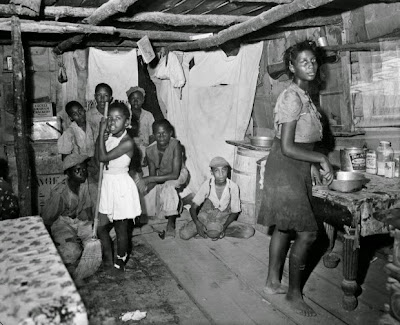 Whites are the only Americans who think of themselves as fair, after erecting a system that's favored them for hundreds of years. 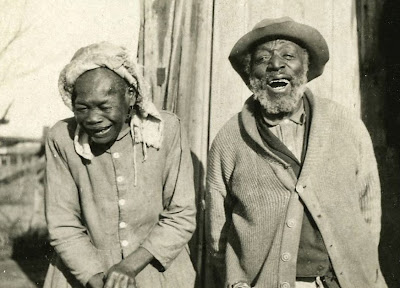 Whites are the only Americans who will say white supremacy is terrible but, then, will also say there’s nothing they have to do about it. 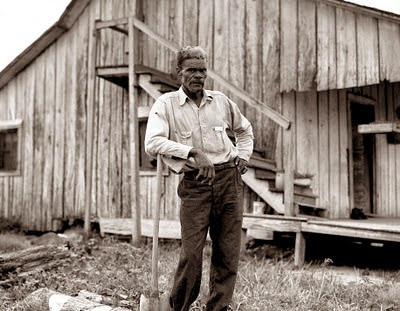 Whites are the only Americans who think history is important but get upset when anyone else studies it. 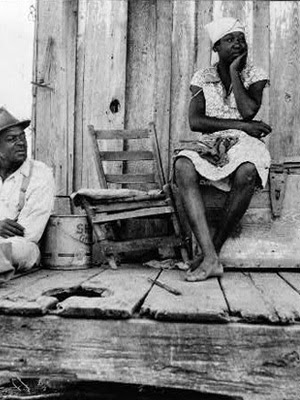 Whites are the only Americans to erect a racial system, that raised them up exclusively, only to now claim race doesn’t matter. 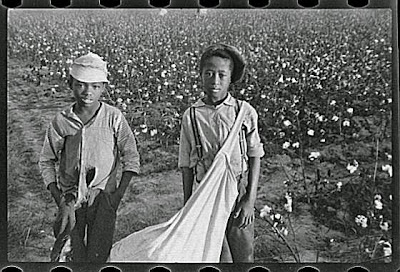 Whites are the only Americans who erected a racial system that made old people and children work, only to stop it when it came to themselves. 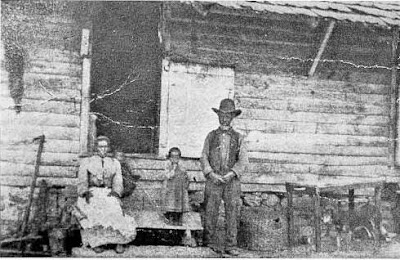 Whites are the only Americans who will ridicule blacks for being in poverty, today, after whites put us there.

Whites are the only Americans thinking this is still going to work,...

Posted by The Crack Emcee at 5:55 AM No comments:

Ta-Nehisi Coates, Chauncy DeVega, Me And The Blues 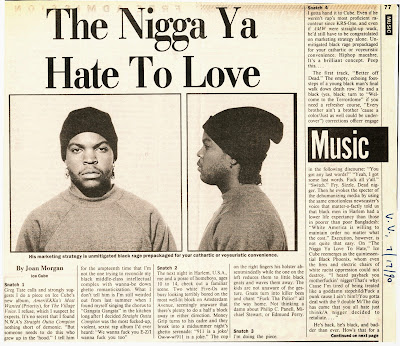 Even when you tell whites something, directly, they seem not to get it

I'm always asked how I can stay so down on America. It's a silly question, usually posed by whites with no clue how their racism affects blacks, plunging us into an unexpected depression we're forced to live with because,...there's no escaping white's racism. The Atlantic's Ta-Nehisi Coates (now regarded as black's point man on race) has written of his "Blue Period," and We Are Respectable Negroes' Chauncey DeVega has mentioned the "Blues Sensibility" that captures his soul, too.


I am no different - except I have fewer defenses than they do - and that, alone, can curdle into a fierce anger the others also don't possess. The fact, I have to live with people who cause hatred - but don't understand their actions - is as much justification as I need.

But if I was free American - like whites - I wouldn't need any:

Their racist behavior, without justification, tells me so,...

Posted by The Crack Emcee at 9:55 AM No comments:

Ha! Robert Patterson's New Black Girlfriend Is Just Discovering The Country She Lives In Is Racist

It takes some blacks a while to realize the country they see on television, where everyone's trying to get along, is a myth:


”I am genuinely shocked and disgusted at the amount of racism that has been infecting my account the past week. Racism is unacceptable in the real world and it’s unacceptable online.”


Ohhh, Baby, believing that is a sure sign you have GOT to spend more time away from the boob tube,...

Posted by The Crack Emcee at 9:22 AM No comments: 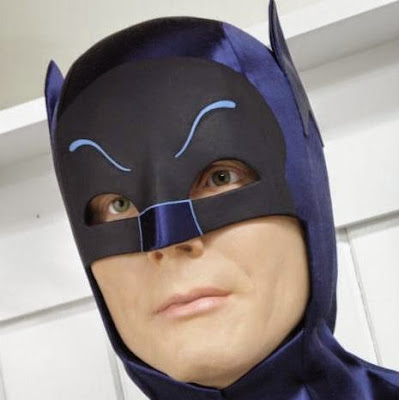 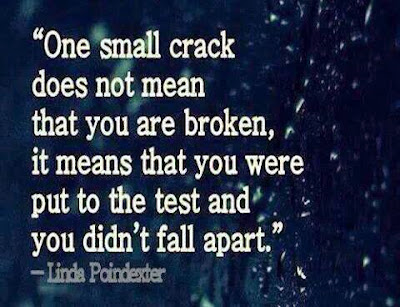 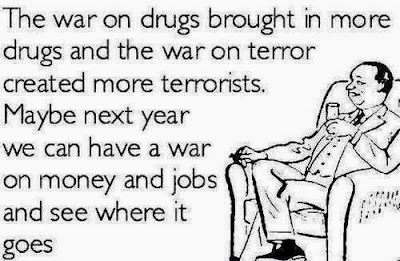 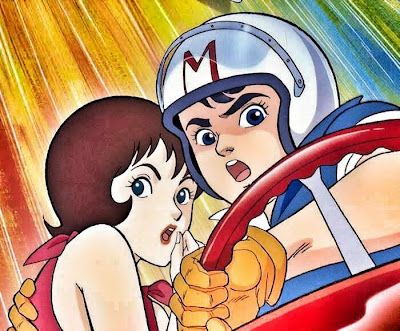 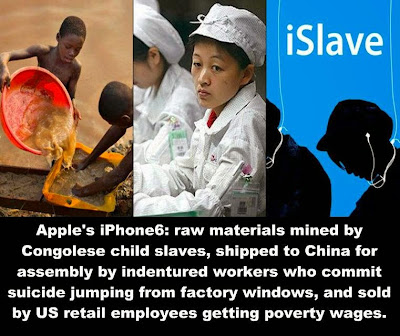 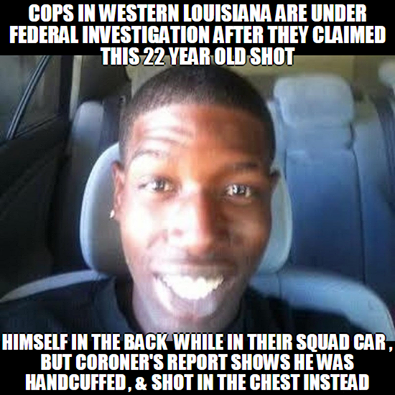 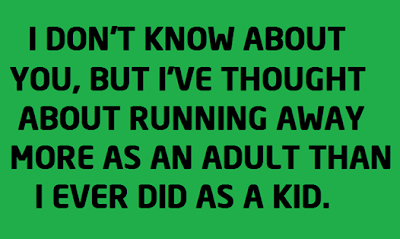 Posted by The Crack Emcee at 9:02 AM No comments:


As usual, it looks like white Americans have something to hide, and (as usual - or as in Apartheid South Africa) they expect everybody else to pay for it:


”Bureaucrats in Ferguson, Missouri, responding to requests under the state's Sunshine Act to turn over government files about the fatal shooting of 18-year-old Michael Brown, are charging nearly 10 times the cost of some of their own employees' salaries before they will agree to release any records.”


Why, oh why, doesn't anybody like or trust white people?


It's the most difficult question to answer in the country,...

Posted by The Crack Emcee at 8:33 AM No comments: 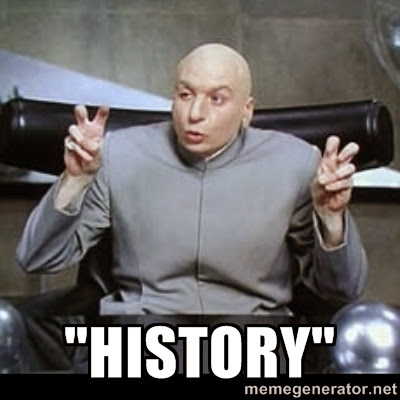 I've been saying America's problem is the racism of whites - not Democrats or Republicans - for a while now. White Americans, of course, disagree - vehemently. Now we have this:


”Latina, at the white, male New York Times: ‘Why are people thinking it’s OK to say racist shit in front of me?’”

Racism - not America - is the culture they were raised in,...

Posted by The Crack Emcee at 8:21 AM No comments:


Conservative Republicans aren't racists, they just keep choosing them as their leaders,....

Posted by The Crack Emcee at 8:02 AM No comments:

The White Feminists Are Just As Bad As Slave Owners 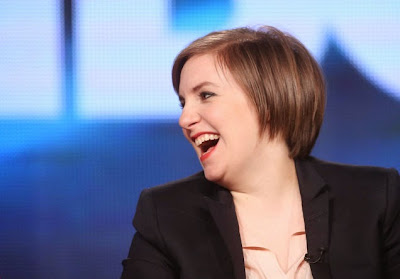 "It's funny, isn't it? Being white and oblivious to the harm we cause? It's funny!"

That ugly fat fuck millionaire who made "Girls" is following in Amanda Palmer's famously fucked footsteps by asking regular people to perform for free on her stupid book tour.


The willingness of whites to - still - steal other's labor is legendary.


If you wanted an explanation of the difference, between white and black feminists, I'd say we've found it,...

Posted by The Crack Emcee at 7:44 AM No comments: 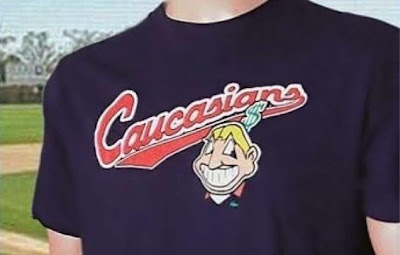 If the dollar sign represents theft, then, at least it's accurate


If you missed The Daily Show episode on America's racism in football, you should know:


“Three of the Native American representatives on the show, actually went to the Redskins tailgate with Jason Jones, where they were threatened and harassed by fans.”


Do what you must to feel good about yourself, America, because you've got a LOT to answer for,....

Posted by The Crack Emcee at 7:20 AM No comments:

Writing For Whites Is The Best Career Move Whites Get 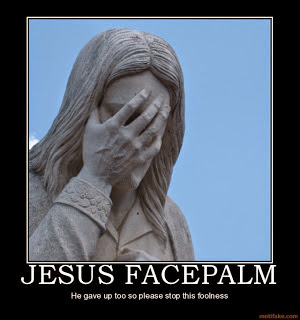 Whites talk to each other and think it's a racial dialogue

Jesus, how clueless can you get?


Over at Patterico's Pontifications, that dummy gives us something called “the Tale of the Slave,” before mentioning "people who are unwilling to work,..." Shouldn't he have said something like, "the people who are aware whites are not their countrymen because - along with centuries of overt and covert racism - they forced their families to work, were free to rape and murder and steal from, so they don't want to do for whites anymore"?

That would be more honest.


There's absolutely no point in reading someone with such a huge racial, and historical, blind spot.


Which is why he has such a small black readership,...

Posted by The Crack Emcee at 7:12 AM No comments: 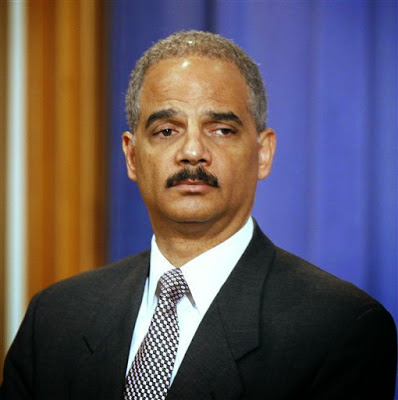 "I started America's racism? Or I'm even the one continuing it? Riiiight,...."


Blacks are being tickled by every one of these articles on “Holder's Legacy of Racial Politics,” seeing how A) they're written by whites, implying whites are innocent and it's the AG who's been decisive, and B) blacks never see an article, written by whites, on "White's Legacy Of Racial Politics" because whites won't talk about what they do or have done. What makes it a laugh riot is knowing some idiots even believe what whites write on race.

Posted by The Crack Emcee at 6:55 AM No comments: