The Clown Show II: Hitting Them With Confetti


Oh, look - it's Mary Katharine Ham again! Twice in one week! And she's back with another video expose' that promises to be as enlightening, and important to the conservative cause, as the last one she did! Yea! This time she's taking on the near-imbecilic socialist ravings of Michael Moore!

Now you may ask yourself, why is Mary Katharine Ham taking on the near-imbecilic socialist ravings of Michael Moore? 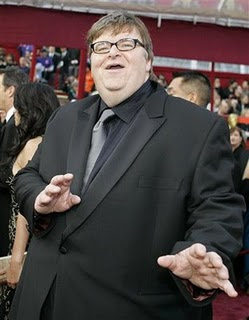 Is anyone who's serious about politics taking the near-imbecilic socialist ravings of Michael Moore seriously? 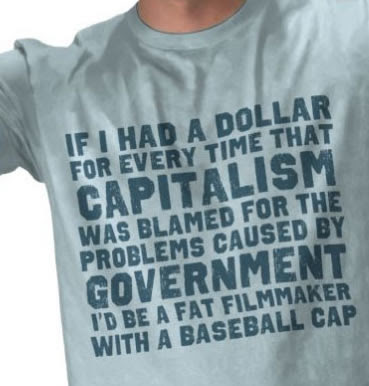 Is there a chance in hell that the near-imbecilic socialist ravings of Michael Moore would lead to anything happening that he envisions? 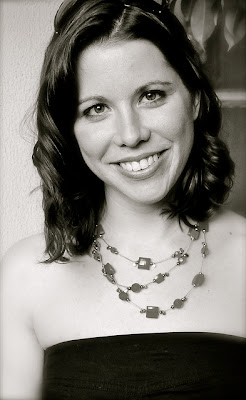 Then why is Mary Katharine Ham taking on the near-imbecilic socialist ravings of Michael Moore?

"Because there's a camera and, golly, she shure is purdy."

Let me break this down for you, real straight-talk conservative style: 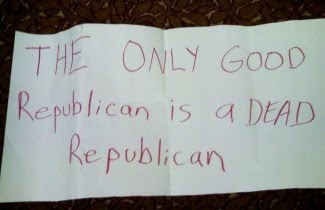 While liberals are out there saying really stupid things, occasionally they'll say something we conservatives can capitalize on - like what was revealed in James O'Keefe's ACORN videos, or his latest ones that prompted this mind-bending statement from an NPR board member: 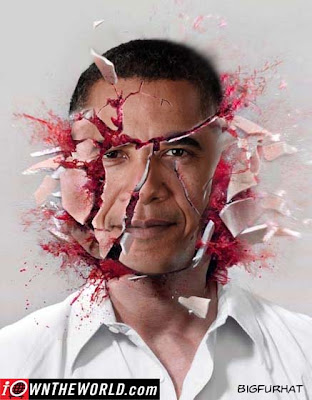 After working in many parts of public radio — both deep inside it and now with one foot inside and one foot outside — I believe there's an elephant in the room. There is something that I'm very conscious of as we consider this crisis that I'd like to speak to.

We have built an extraordinary franchise. It didn't happen by accident. It happened because we used a very specific methodology to cultivate and build an audience. For years, in boardrooms, at conferences, with funders, we have talked about our highly educated, influential audience. We pursued David Giovannoni's methodologies. We all participated. It was his research, his undaunted, clear strategy that we pursued to build the successful news journalism franchise we have today.

What happened as a result is that we unwittingly cultivated a core audience that is predominately white, liberal, highly educated, elite. "Super-serve the core" — that was the mantra, for many, many years. This focus has, in large part, brought us to our success today. It was never anyone's intention to exclude anyone.

But we have to accept — unapologetically — that this is the franchise we've built.

We have to look at this because the criticisms that are coming at us — whether they're couched in other things — do have some legitimacy. We must, as a starting point, take on board some of this criticism. Before we can set a path, we have to own this. 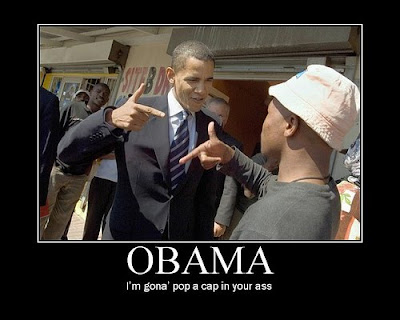 Now that's news. It's especially news because I've been reading a lot about how important it is for we conservatives to shake off the image of us as the racists and get minorities to break away from considering liberals as their partners. Well, there's the proof we're looking for! They're admitting it! They can claim it happened "unwittingly" all they want, but an in-depth examination of their elitist programming, coupled with an expose' on the way they fired Juan Williams, would put the lie to that claim in a heartbeat - and any black person would recognize it immediately. 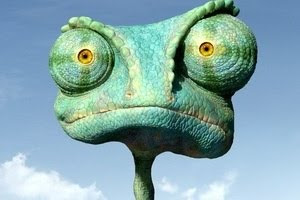 There's only one problem. "I believe there's an elephant in the room" and I'm not talking about the Republican symbol:

Conservatives have "unwittingly" built a similar franchise to NPR's. 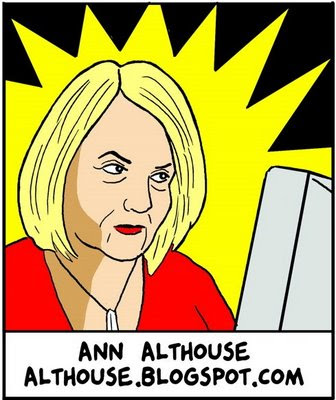 Mostly white, it too is "an extraordinary franchise" that uses "a very specific methodology to cultivate" a "highly educated, influential audience" with no "intention to exclude anyone." But exclude it does, based on religion, color, even what kind of music you listen to (like Rap) and a bunch of other nonsensical criteria - like whether or not you're perceived to be "nice" when no one has even met you personally. Criteria that have nothing to do with what it means to be a conservative.

[I did not use that picture of Ann Althouse to imply anything about her - she's different. The picture just "worked" artistically.] 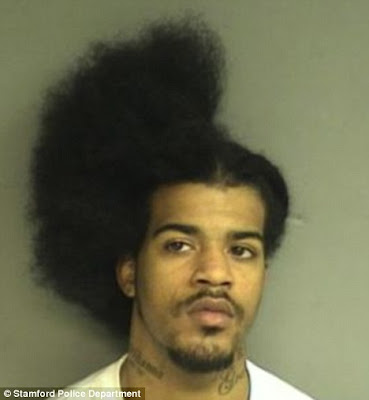 Conservatism today is predominantly elitist, scared to death of anyone who doesn't exactly share their inward-looking views, and I don't just mean RINOs being scared of Sarah Palin. Hell, many who call themselves Tea Partiers are scared of Sarah Palin! Can you imagine what a whole bunch of black conservatives would do to their world?

And if I, a street-wise flag-waving hardcore black conservative, don't give a fig about Mary Katharine Ham taking on the near-imbecilic socialist ravings of Michael Moore, what do you think more like me would think - the people conservatives are supposedly trying to attract? I'll tell you:

Not a goddamned thing. 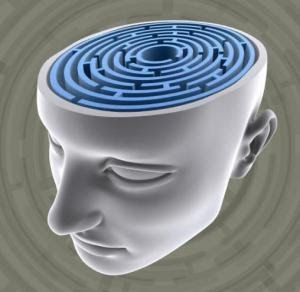 The kinds of things conservative organizations could be doing are just the kinds of things they don't seem to have either the balls, or the credibility, to do because they, too, are too busy trying to "Super-serve the core" - and playing favorites,...to the likes of Mary Katharine Ham. 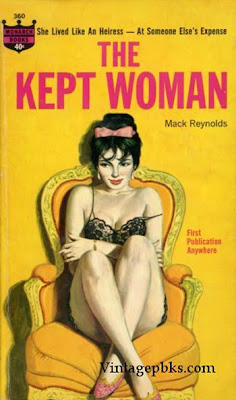 Over the last few days, the dribble from Mary Katharine Ham has gotten front page status on Hot Air, and major placement on Instapundit, when her pieces don't contain any meaningful content, don't cause a ripple in the political firmament, and don't do outreach. They're just,...there.

But, boy, she shure is purdy! 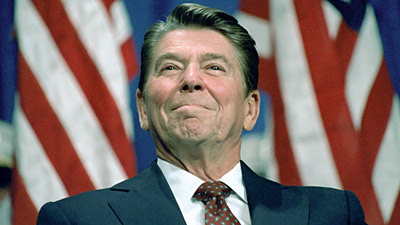 Well, I'm sorry, but looks aren't the qualification that either Barry Goldwater, or Ronald Reagan, ran on. And no conservative said they weren't behaving when Goldwater gave his angry "Defense of Liberty" speech or Reagan bellowed "I paid for this microphone!" Miraculously, despite those well-known outbursts (that scared the beejeezus out of many) both were known as nice guys.

And, though she was beautiful to me, Jean Kirkpatrick wasn't a "looker" - but, damn it, she had ideas! And convictions that were unmistakably solid as a rock. And so do I. 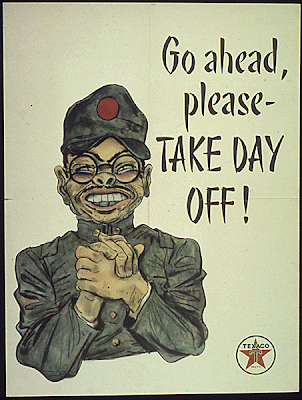 As much as I like all the conservative players I've read, and interacted with online, I have to say conservatism cannot stay locked up amongst people like Mary Katharine Ham, Glenn Reynolds, and Ed Morrisey. (Glenn Beck's political accomplishments never would have happened if it was left up to the likes of them.) I know - "It was never anyone's intention to exclude anyone" - but exclude they do, to the detriment of the movement.

Or have I just missed all the black output - every day? 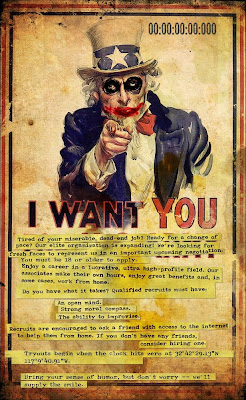 Nobody's asking for apologies, but there must be someone - someone - amongst you that has the guts to reach out and say "Let's meet and see what you've got to offer" rather than sitting on your online thrones and declaring "That guy seems weird and aggressive, let's let him twist in the wind." There are too many, like me, waiting to get in.

Supposedly you want us. Really? Prove it. 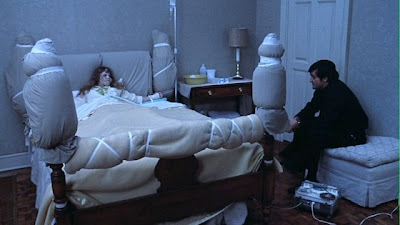 Very few saw the Tea Party Movement coming, or knew what it was going to be about, but one thing it is about is outsiders coming in and changing the direction of conservatism to something embraced by the nation. Well, despite recent candidates like Allen West and Herman Cain (or even Alphonzo Rachel) it's too easy, still, for the opposition to accurately frame the Tea Party as a lilly-white phenomena that doesn't attract a whole hell of a lot of blacks. I say that's because of the outdated, and elitist, attitudes I've seen from many of the current movers and shakers that are leading it, catering to each other, and the likes of political milquetoasts like Mary Katharine Ham instead. We could be stronger.

I, for one, am not afraid of - and look forward to - a powerful President Palin. 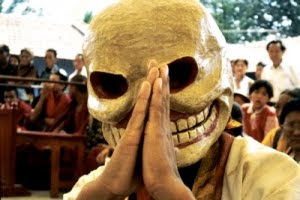 It's about time so-called conservatives stopped being afraid of someone like me.