Dressed For Success (Or The Insane Asylum) 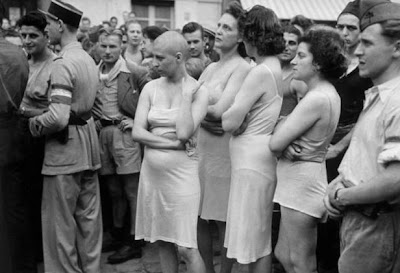 "I regret that France never had its own Nuremberg trials. Here, everyone was a collaborator until April 1944; then they all became resistance fighters. The truth is more difficult."

-- Jean-Jacques Delorme, the child of a female French collaborator and a Nazi - AKA a "son of a Boche" - revealing the ultimate lie the French tell themselves (along with all the other lies they're allowed to regularly tell themselves) in The Independent.