The Heat Is On (And It's Eating Global Warmists) 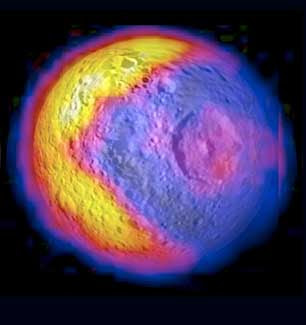 "[James] Lovelock says the events of the recent months have seen him warming to the efforts of the 'good' climate sceptics: 'What I like about sceptics is that in good science you need critics that make you think: "Crumbs, have I made a mistake here?" If you don't have that continuously, you really are up the creek. The good sceptics have done a good service, but some of the mad ones I think have not done anyone any favours. You need sceptics, especially when the science gets very big and monolithic.'

Lovelock, who 40 years ago originated the idea that the planet is a giant, self-regulating organism – the so-called Gaia theory – added that he has little sympathy for the climate scientists caught up in the UEA email scandal. He said he had not read the original emails – 'I felt reluctant to pry' – but that their reported content had left him feeling 'utterly disgusted'.

'Fudging the data in any way whatsoever is quite literally a sin against the holy ghost of science,' he said. 'I'm not religious, but I put it that way because I feel so strongly. It's the one thing you do not ever do. You've got to have standards.'"

-- Leo Hickman, getting a quote that sounds an awful lot like a certain blogger I know - and know very well - standing up for skeptics, and standards (!) acting as The Guardian.