Seriously: Are These Two Women Talking?

I had to do a kind of audio double take when I heard this guy speak: did they dub the woman's voice for him? When I realized they hadn't, it reminded me of what's happening to men now - how they're feminized to the point where their voices don't even sound like men anymore. Disgusted, I just stopped listening after that. 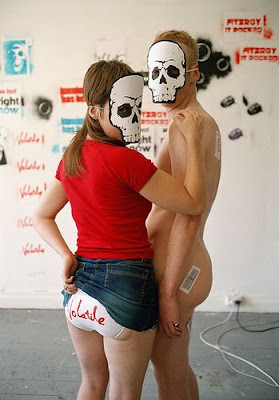 I don't know what's happening to Americans anymore. I recently had a gagging fit while listening to a woman speak over the phone. She had this condescending way of talking, that made her sound like she was holding in air after each sentence and, with the phones receiver at my ear, it became so sickening to listen to that I almost couldn't keep my food down. I wondered, "doesn't she hear herself? Does she think that makes her sound attractive? Or superior?" I really couldn't tell. Needless to say, I made sure it wasn't a long phone call. 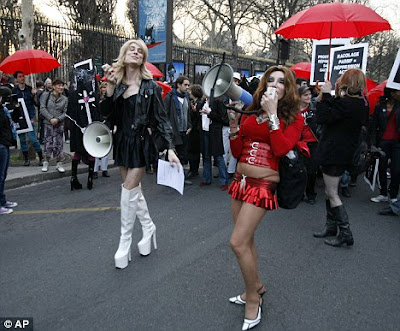 My take on all this: Americans are becoming more European by the day. Every time I went to Europe, I marveled at the outrageously bizarre facial structures I encountered, and the equally bizarre behavior. Men who wore sweaters around their necks like old women wearing shawls. Tons of gorgeous model types dating ogres who had tons of gorgeous "old money". Blatant racism. I was glad to know we were nothing like them - until now. Now, all the weakness, sickness, and depravity, I saw over there is here - in full force. We seem to be as irrational, and into cheating on each other (and - they go hand-in-hand - lying to each other) as much as the French. We've lost our sense of direction, and ourselves, like the Germans. Our country is in decline, like England. Why, if it wasn't for good ol' boys with shotguns in the back of their pick-ups, I'd think we might as well hang it up. 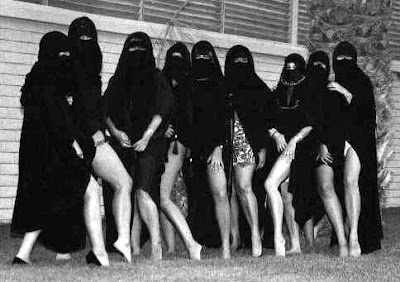 DJing a party in Europe one time, I witnessed the funniest thing: once I put on an Arab track, all the white women jumped up to do that weird belly dancing shit while the men just sat there, kind of demoralized by the spectacle of the phenomena. That's what I see becoming of male American liberals if they insist on going down this road we're on. 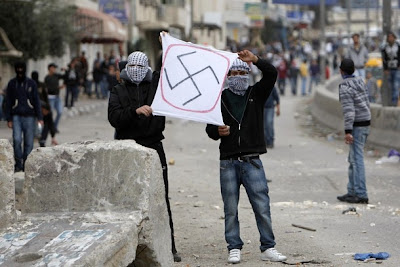 First, protected by the safe guards of this country, they're going to let women run shit. But then, once they and the liberal women destroy those safe guards all together, men who aren't feminized (Arabs, Chinese, etc.) are going to take over - and (you know) the women are going to leave the liberal American men sitting there, demoralized, because they weren't man enough to stick up for themselves. (If by chance they decide to, they'll be killed, because the rule of law as we know it won't be there.) And the liberal women, being pretty heartless and calculating (like those gorgeous European model types with the rich trolls) will laugh at them and go with whoever's strongest, whether we're talking power or money or some such. Shit, liberals are such collective pussies, I doubt even that scenario will play out because those liberal men will be defeated, and made into slaves, before any challenge is even possible. Really. 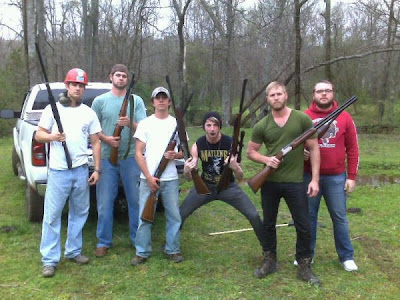 Nah, I'm just fucking with you: those American patriots with the pick-up trucks won't let that happen. As usual, they'll step up and die, protecting your punk asses - and the country - before things get that far. They always do. That's the reason why liberal men are able to sound like a bunch of mincing women today:

Because real American men have always existed, and are always more-than-ready to do whatever needs to be done, come what may.

Why, believe it or not, you're enjoying the pleasure of reading one right now.