Fact: If He Took Your Money, You're Stupid 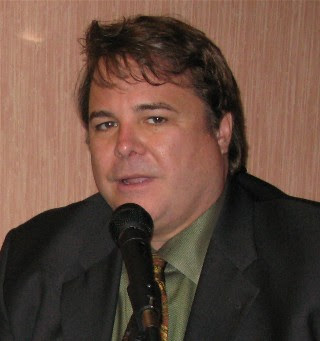 "Note to investors: If someone claims to be a prophet and promises to win you money by predicting changes in the stock market, don't walk away. Run.

But unfortunately over 100 investors did not run away when Sean David Morton -- who dubbed himself 'America's Prophet' -- asked for their money. In all, investors gave Morton more than $6 million in the hopes that he would use his alleged psychic abilities to win big money in the market.

Just last week Morton was charged with investor fraud by the Securities and Exchange Commission. He has not responded to the complaint yet. E-mails and calls to his company's office were not returned.

'Sean David Morton lured scores of investors with his lies and then stole their hard-earned money,' Sanjay Wadhwa, assistant director of the SEC's New York Regional Office, told ABC News. 'Our enforcement action ensures that his money manager days are over.'

Morton's case is just the latest example in a long line of Ponzi schemes, scams such as Bernie Madoff's that schemers use to pry money from unsuspecting investors.

After the financial crisis, federal regulators are now uncovering so many of these scams that last year one regulator said it was 'ponzimonium out there.'

Bart Chilton, commissioner of the Commodity Futures Trading Commission, said in a statement last year that ponzi schemes are now 'drying up like late summer cow pies' because investors are more vigilant about the scams and -- cash-strapped by the recession -- are requesting access to their investments.

'Redemptions are really a buzz kill for many ponzi scam operators,' Chilton said."

-- Matthew Jaffe, with the most obvious reason why the economy is bad - people are too stupid to recognize a good investment, or a scheme, when presented with one - which is also why, instead of getting rich quick, they regularly end up on ABC News.