Lesson Learned: No Matter What They Believe, It Takes Quite A Lot To Get Cultists To Reconsider 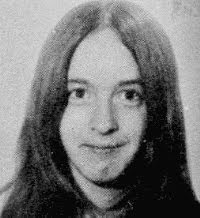 -- Susan Atkins, Charles Manson's once-bloodthirsty, and wild-eyed, killer - who just died in prison - finally determining Mr. Race War probably wasn't such a fun guy, or very wise, on her website (yes, she had a website - and even gave birth to Manson's kid) according to CNN.