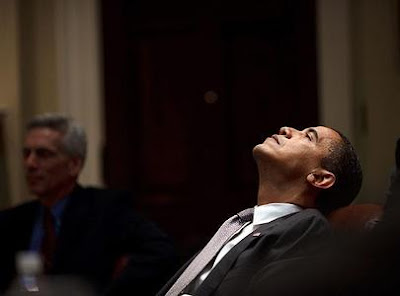 "Van Jones, Obama’s special adviser for green jobs at the White House Council on Environmental Quality, told JET that celebrities including Russell Simmons and Prince have contacted him looking for ways to join Obama’s team."

-- Crushing Quiet, in an August 23rd posting - reminding us that, along with racist conspiracy theorists from Oakland, Obama's NewAge campaign has also inspired the music world's most exploitive, divorced, self-help book-writing Buddhist, and it's most hypocritical sex-promoting Jehovah’s Witness to get into government work (Prince, as a JW, doesn't even vote!) because, as we all know, these two most important voting-and-music-buying demographics must be covered, digitally, or it wouldn't be Twenty Four Bit News.