I Yam What I Yam And That's All I Yam 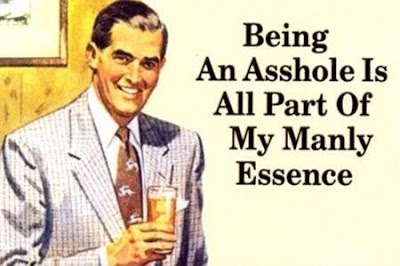 "I am only subjected to [bad] language watching Quentin Tarantino films and reading FBI transcripts of elected officials. What's surprising,...is that this lingo, as crass as it is, [elicits] very few complaints from the general public.

Maybe profanity is now on the surface of society rather than on the rise. Maybe the mythical America of linguistic purity is fading forever. Maybe it never existed in the first place. What does it matter? It's not the end of the world."

-- David Harsanyi, defending the way I write this blog - which can make some pussies recoil from it - but they're obviously not made of the same stuff as I, or The Denver Post.