Once Again - With Gusto: We're Soaking In It 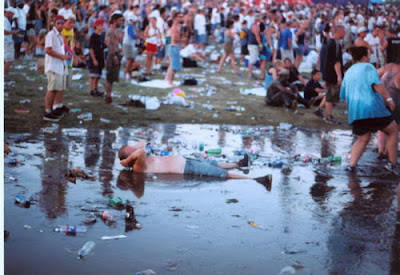 "I must confess my dismay bordering on horror at the amateurism of the White House apparatus for domestic policy. When will heads start to roll? I was glad to see the White House counsel booted, as well as Michelle Obama's chief of staff, and hope it's a harbinger of things to come. Except for that wily fox, David Axelrod, who could charm gold threads out of moonbeams, Obama seems to be surrounded by juvenile tinhorns, bumbling mediocrities and crass bully boys.

Case in point: the administration's grotesque mishandling of healthcare reform, one of the most vital issues facing the nation. Ever since Hillary Clinton's megalomaniacal annihilation of our last best chance at reform in 1993 (all of which was suppressed by the mainstream media when she was running for president), Democrats have been longing for that happy day when this issue would once again be front and center.

But who would have thought that the sober, deliberative Barack Obama would have nothing to propose but vague and slippery promises -- or that he would so easily cede the leadership clout of the executive branch to a chaotic, rapacious, solipsistic Congress? House Speaker Nancy Pelosi, whom I used to admire for her smooth aplomb under pressure, has clearly gone off the deep end with her bizarre rants about legitimate town-hall protests by American citizens. She is doing grievous damage to the party and should immediately step down.

There is plenty of blame to go around. Obama's aggressive endorsement of a healthcare plan that does not even exist yet, except in five competing, fluctuating drafts, makes Washington seem like Cloud Cuckoo Land."

-- Camille Paglia - an admitted NewAger and Obot - who still suffers from BDS (Bush Derangement Syndrome) - which afflicts her so badly she can see the rot, but not who's rotten, from Salon.

Still, there's a nice Bait-and-Switch mention in there, so it ain't all bad,...