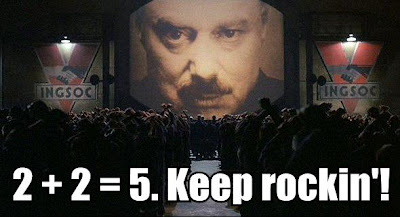 "The whole foreign policy of the Soviet-bloc states, indeed its whole economic and military might, revolved around the larger Soviet objective of destroying America from within through the use of lies. The Soviets saw disinformation as a vital tool in the dialectical advance of world Communism. … Many ‘Ban-the-Bomb’ and anti-nuclear movements were KGB-funded operations, too. I can no longer look at a petition for world peace or other supposedly noble cause, particularly of the anti-American variety, without thinking to myself, ‘KGB.’

As far as I’m concerned, the KGB gave birth to the antiwar movement in America."

-- Ion Mihai Pacepa, acting chief of Romania’s espionage service - on the "useful idiots" we hear from every day - in a great article by Oleg Atbashian (AKA "Uncle Oleg") for Pajamas Media.