It'll Happen So Fast We'll Say It Was "Ill-Matic" 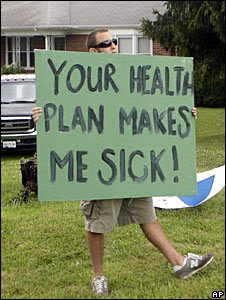 "So the Democrats have a problem convincing senior citizens that socialized medicine won’t diminish the already dubious quality of care they receive through Medicare.

Seniors no doubt base this suspicion in large part on their 50+ adult years of watching politicians over-promise and under-deliver. They probably remember back to 1965 when Medicare itself was sold as a cost-saving measure, and today we’re told it’s going to bankrupt the government unless we socialize 15% of the economy. They no doubt wonder how long it will be before Obama’s ideological descendants will tell us that Obama’s miracle plan is a disaster than can only be solved by more socialism."

-- Shannon Love, spreading it around so thick she's easily accepted as one of The Chicago Boyz.