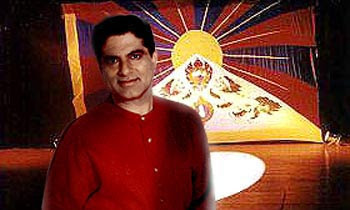 Here's some great news from the homeopathy front:

"India's swine flu death toll on Thursday rose to 20, as thousands of schools, colleges and cinemas shut down in and around the country's financial capital Mumbai to combat the spread of infection.

The latest victim of the A(H1N1) virus was a 26-year-old woman in the southern city of Bangalore while an 11-month-old boy and a 75-year-old woman died in the western city of Pune, the Press Trust of India news agency said.

Pune, some 120 kilometres (75 miles) from Mumbai, has been the worst hit Indian city, with 12 deaths and a cluster of infections.

Two people have died in Mumbai and about 2,000 people have been confirmed to have the virus across the country, the health ministry said.

The deaths come as Indians prepare for a long weekend, with the popular Hindu festival of Krishna Janmashtmi on Friday and Independence Day celebrations on Saturday.

Krishna Janmashtmi, or Dahi Handi as it is called in Mumbai, typically brings hundreds of thousands of people onto the streets to mark the birth of the god Krishna and to watch spectacular human pyramid formations.

Mumbai is also scheduled to hold its annual gay pride march on Sunday."

Why is this such "great" news? Because, as it states here, here, and here, homeopathy is either a cure for swine flu, or it'll act to prevent it, and India (like France) is a major homeopathy proponent. Plus, the people saying this are NewAge doctors - medical professionals - not members of the Insane Clown Posse. You can trust 'em.

So, go - take your magic pills, pray to Krishna, ponder human pyramid schemes (!) and be sure to "mingle" - because all of your NewAge friends, in and out of medicine, have assured us everything will be just fine-and-dandy: