If They Only Had A Brain (They'd Still Be Stupid) 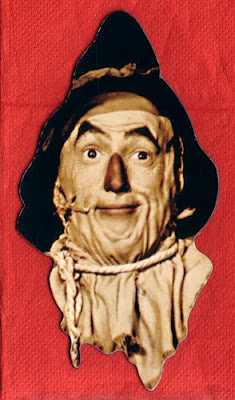 "President Barack Obama has a neat trick that he plays over and over again. He used it in the campaign, and now regularly uses it as President.

It is the classic "straw man" argument.

What is a straw man argument? It is an argument that bases its rationale on a fallacy or misrepresentation of your opponent's beliefs. Mr. Obama is a master of this.

It's a classic political maneuver - when you are in trouble, create a crisis and then create a straw man to blame for the crisis. Mr. Obama does this on a regular basis."

-- Pradheep Shanker, accusing Chump-Change of doing something that seems to infuriate his defenders when anyone else does it - of course, when the president does it he's brilliant and they defend him even more - making he and his defenders hypocrites, all of which we can just refer to as Associated Content. 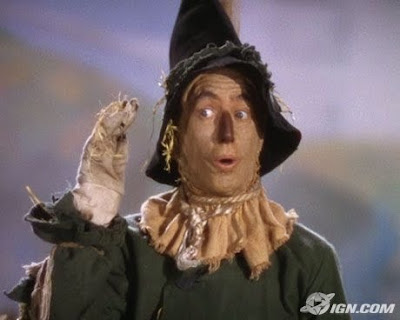 -- Helene Cooper, wanting to make sure the Democrats' hypocrisy is clear - like anyone needs to clarify that liberal NewAge Democrats are not just hypocrites but notorious hypocrites - even to those at The New York Times. 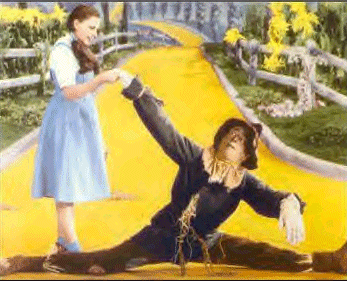 "This is the same kind of empty, false rhetoric he employed in his campaign—attacking stances that no one has espoused, and no one even would espouse. The very definition of a straw man argument."

-- Charles Johnson, also asserting what Pradheep Shanker did in the first quote - Chump-Change's campaign supporters, and now his defenders, fell for (and didn't mind) the straw man argument when "The One" employed it - so, now, it would be best if they'd shut-the-fuck-up, and/or avoid reading anyone paying attention, like me or Little Green Footballs.