Oh, Sure, NOW The Expert On Life Is Confused 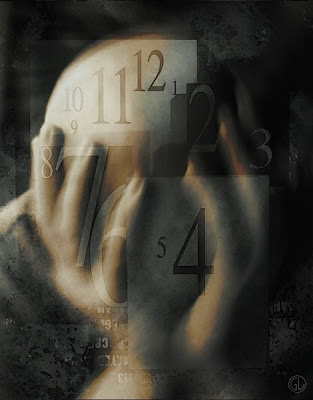 "'Do you accept that what the course sets out to do is deliberately change a participant's state of mind?' counsel assisting the coroner Robert Bromwich asked.

'And do you accept that when you start dealing with changing any individual's state of mind there are inherent dangers in doing that?' Mr Bromwich pressed.

'In light of circumstances now, I'm unsure about the answer to that question,' he replied."

-- Katelyn Catanzariti, giving us a peek into the courtroom after a woman - who paid $3,000 for a NewAge self-help course to gain, ahem, "soulfulness" - stripped naked at work and, from her office building, took a leap to her death, in The Daily Telegraph.

I find it fascinating how, when seriously questioned, these self-help assholes never have the answers - and yet they're allowed to do their dirty work with little to no oversight. (This dickhead was a computer programmer who had taken a few psychology courses.) It just goes to show why skepticism is so important - and why NewAgers are so lame: they refuse to ask tough questions, opting instead to see these (many) charlatans as their "friends" who they can trust more than those who have proven they can be trusted.

NewAgers have mental problems - and, though they don't admit it openly, they know it - that's why they take all these courses, and seminars, and workshops. There's something missing in their personalities that they're trying to fix. I think they're schizophrenic. At least, those I've encountered seem to be,...and these NewAge "therapists" are waiting for them.

With their hands out and absolutely no answers of their own.

Oh, and another thing: They're having this court case because this woman killed herself. But, if she'd run home and destroyed her marriage after taking this idiot's course - or even if she'd divorced her husband because this asshole took advantage of her psychologically and had sex with her - everyone would think that was fine-and-dandy, and would probably blame her husband for the break-up, because he tried to "hold her back" from life or some other bullshit excuse for her madness. That's how goofy, sick, and creepy, the thinking is out there. That's the reality of NewAge.

And you people kill me with this shit. But that's the point, right? Somebody's (or something's) got to die,...