"OK, for some, that public option has gone over like a lead balloon. So how about plan B, morality? Is that the secret weapon strategy to get health care reform? President Obama went on a conference call today with thousands of religious people, arguing health care reform is a moral issue."

-- Greta Van Susteren, on the president adding religion to the healthcare debate - which made Ann Althouse "imagine the separation-of-church-and-state freakout if George Bush had taken this approach to arguing for one of his policies" - but, as usual, liberals today don't react to Obama's religious talk, because A) he's their guy, B) he's talking about government as religion, and C) I'm quoting from the hated FOX News. 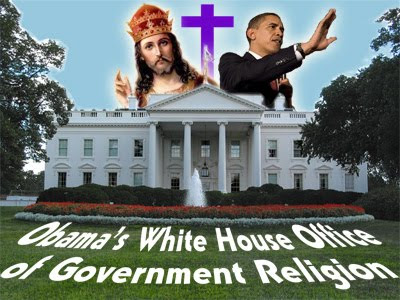 "The bills may in fact yield a target-rich environment."

-- Peggy Noonan, on what "must have been the White House health-care strategy": allow a liberal Congress to attack ObamaCare as a distraction - which they didn't do - leaving it to those attending Tea Parties, and The Wall Street Journal. 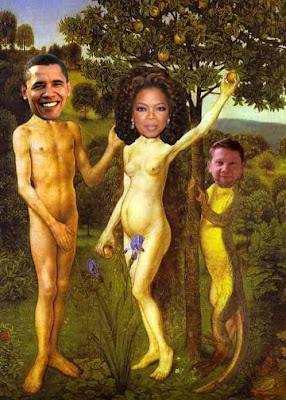 "My point exactly (It's a target-rich environment.)"

-- The Crack Emcee (that would be Yours Truly, from 5 days ago), explaining why cowardly liberals should also criticize other forms of religious expression than Christianity - like, for instance, when our NewAge president is pushing NewAge government - but (though I never expected to hit a bullseye so soon) that's what you'd expect from The Macho Response.

And, since I can hear the criticisms already, I should note that NewAgers have always gladly wrapped themselves in any religious guise to move their own agenda along - think of it as "spiritual subversion": like holding Yoga lessons, or Reiki seminars, in a Catholic church's basement - so for Obama to use religious language, and symbolism, to persuade believers on ideas that are not religious: like government as a spiritual enterprise - comes as no surprise.