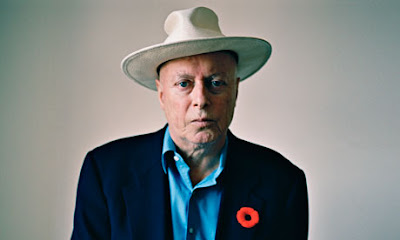 Here were some of last night's winning arguments in Torono Canada's great debate, between atheist Christopher Hitchens (above) and NewAge Catholic Tony Blair, over whether "religion is a force for good in the world":

Once you assume a creator and a plan it make us subjects in a cruel experiment,...celestial dictatorship, a kind of divine North Korea.

It's very touching for Tony to say that he recently went to a meeting to bridge the religious divide in Northern Ireland, where does the religious divide come from? Four-hundred years and more in my own country of birth of people killing each other's children depending on what kind of Christian they were.

These are but a few more steps as the march of reason, against terrifying crazy people capable of unwarranted attacks, carries on,...