Y.O.G.A.: You Oughtta Get Away 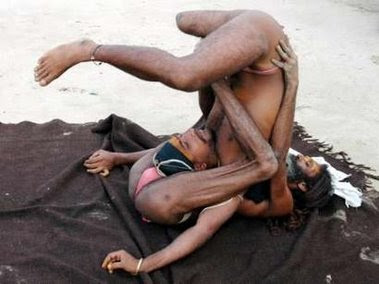 Mention yoga as a cult to most enthusiasts and they'll give you some bullshit about it being exercise, nothing more. But, when the government recently wanted to regulate yoga studios like any other business, all of a sudden people started talking about religious exemptions, and "enlightenment", giving the whole ugly mind game that occurs in these cult recruiting centers away. I mean, what kind of enlightenment do they think they're actually getting anyway, considering they're so vain - and wasteful with their money?

“People buy $1,000 pants to sweat in because while they’re getting enlightened they need to look good. Make no mistake, ladies and gentlemen, yoga is an industry. One need only leaf through the advertising section of Yoga Journal to know that.”

Stupid, stupid, stupid. In a recession, is it any wonder this country is going broke with such a large population of useful idiots in it?