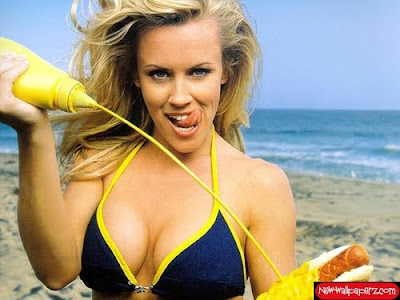 LA Public Health Officials are investigating The Playboy Mansion after 100 techies became horribly ill in the wake of a party there.

According to local reports, Hef's mansion was the venue for a fundraiser and end-of-show party for the DomainFest conference earlier this month. The show itself was at the Fairmont Miramar Hotel in Santa Monica.

Anyone thinking that domain nerds paying over-the-odds for get-a-peek at the Playboy mansion and its superbly enhanced inmates deserve what they get should think again. The event was a fundraiser for autism charities including Jenny McCarthy's Generation Rescue Foundation, making it a perfectly legitimate way to round off three days of domain name seminars. And arguably tax-deductable too.

Sadly, things went from grotto to grotty in the ensuing days, with attendees taking to twitter and their blogs to complain of headaches, nausea and violent headaches. Four Swedish attendees were reportedly diagnosed with Pontiac fever, a mild form of Legionnaires disease.

So we've got two questions:

What is "perfectly legitimate" about fundraising for Jenny McCarthy's "charity" - since her theories on autism are based on the worthless scams of Andrew Wakefield - which has caused the deaths of, at least, hundreds of children and the illness of countless others?

And what kind of "techies" are unaware this?

They deserve it for going anywhere near the skank.