TMR Stands By Those That Have Stood By TMR 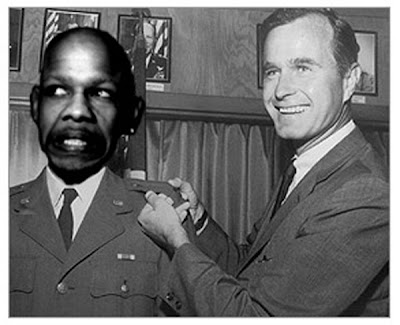 While having a debate with a reader about George W. Bush, he gasped:

I've gotta say, I spend time on political message boards and the comments sections of news sites and partisan sites on both sides of the aisle, and there have been very few times I've overlapped with [a] level of adulation of the previous President that you express -- "love him as a great leader" and "one of the greatest leaders we've ever had" ... it's hard to believe you're serious.

Honestly I don't recall any, but there must have been an example or two stated without intentional irony. I just don't remember them specifically.

To which we say, well, there's not one iota of irony involved here. But we do understand the surprise, because - we're sure - most TMR readers aren't aware that (with our having served in the military) we've probably got a lot more history with the Bush family than most can imagine,...