The Message: We Don't Have To Do This Again 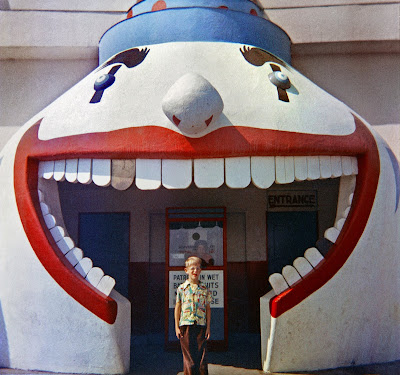 Last night, while we were doing our usual reading about cults and cultish thinking, we ran across something we don't find often - an account, on the Quackometer blog, from someone who's broken out of the homeopathy mindset:

It is like living in a different culture.  Have you read some of these historical crime novels where they try to get you into how people thought then?  Margaret Doody is particularly good – Aristotle series.  Completely different assumptions and completely different ‘knowledge’. Homeopaths live in the same space as you but are in a different world, and they ‘know’. To come out of that world is a complete revision of assumptions, thought systems and thinking style.  It is very hard to do.  I think I’ve been trying to say that for a long time.  The larger the numbers have grown the easier it is for people to live in that world with others like them.

We've been saying, from the very beginning of this blog, that the homeopathy scam is, specifically, a cult, only to have it batted down by some of the best minds we've found online, but - when we're right we're right - so they haven't deterred us from continuing with it one bit. 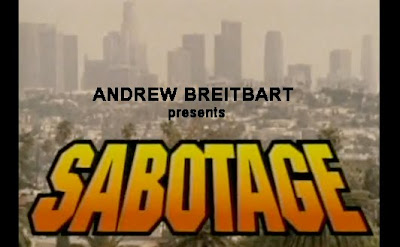 Now, we've also said, publicly and repeatedly, that we may not be the best ones to bring this message, but what TMR has been saying has been becoming especially relevant in recent days, as we've seen the NewAge shooter of Gabriele Giffords and, now, the repeatedly unethical behavior of the teacher's union in Wisconsin. We can hear you now saying, "Wait a minute - what does any of this have to do with homeopathy and cultism?" Well, let's be more clear: 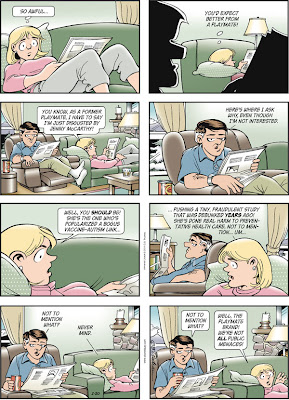 What scientists focus on, almost exclusively, is the fact homeopathy is water, so few have investigated why the believers are so obsessed with it and even claim it "heals" when there's nothing in it. But, as 'Wendy" on the Quackometer blog makes clear, these learned scientists aren't dealing with "a complete revision of assumptions, thought systems and thinking style", as they should be, to get at the issue - they're focused on the science! And, by doing so, they're missing the whole problem. 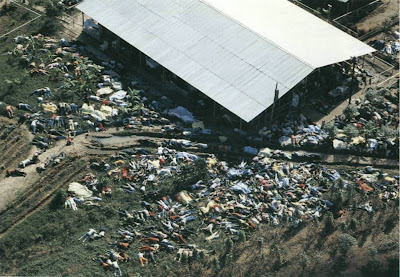 The same can be said for how we're looking at the teacher's union. Above is a photo of the end of The People's Temple, the deadliest cult suicide in American history. Those people didn't have to have homeopathy to do what they did, they were steeped in Jim Jones' Marxist/socialist rhetoric of the 60s and 70s, with a bit of spirituality, and nothing more. But what it did was drive them to make one unethical move after another until they found themselves backed against a wall far off in the jungles of Guyana. Anyone with a clear-eyed view of what the liberals in Wisconsin have been doing and saying can see the parallels easily: 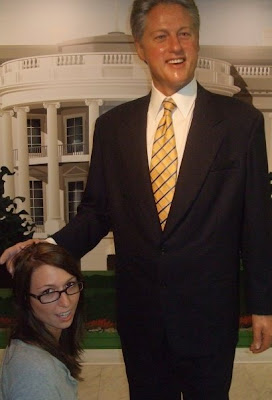 They've run away to Chicago to avoid a vote. They've compared themselves to "freedom fighters" in other countries (when there's no connection to what they're doing) engaged in a number of unethical acts - playing hooky from school, exploiting the kids by bringing them into the fight, doctors writing bogus notes, bring the governor's children into the fray, etc. - and on and on and on, finally culminating in last night's "threat" on Ann Althouse.

What we're saying is, if everyone would do what the scientists should've been doing with the believers in homeopathy and cultism - shift your thinking, just the slightest bit, to seeing the "complete revision of assumptions, thought systems and thinking style" for what they are - and get out of focusing merely on the politics, we could finally have a chance at straightening out the many problems of this nation before we, somehow, end up with a situation Americans have seen too often, but especially in the 60s and 70s.