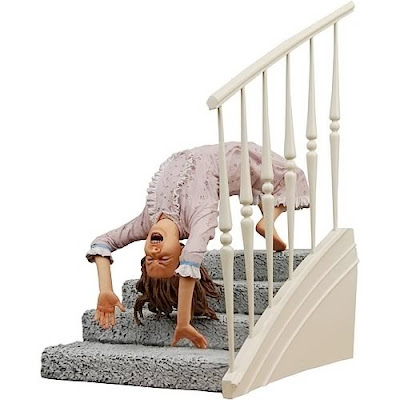 Meade has already mentioned this, but we had to see it with our own eyes: 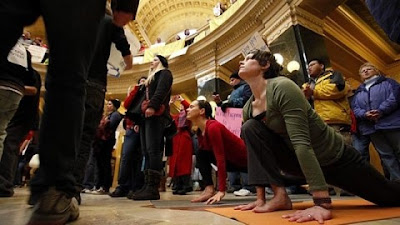 As you can see from the photo, above, these NewAgers do NOT know when they're making total asses out of themselves:

They’re not all adho mukha-ing, but it seems yoga teachers have joined the some 70,000 union workers, school teachers, students, firefighters, nurses, Green Bay Packers and reportedly now Tom Morello from Rage Against the Machine swarming the capitol in protest over Republican Gov. Scott “the Mubarak of the Midwest” Walker’s budget bill.

That's from the appropriately-named Yoga Dork. Come on - we're sure that stretching during a "protest" makes the whole thing more "powerful", just like meditating will bring us a new government and world peace, right? Riiight.

What has happened is the pleasure we're experiencing from finally being able to politically crush these people. But don't forget our motto:

Defeat the Democrats and they'll be back - defeat NewAge and we're done with the lot of 'em!