Now Go Back To Your Trains, Old Man 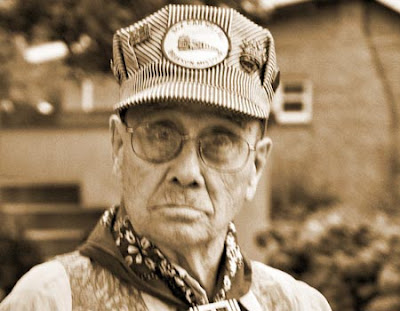 "In the months after 9/11 the political class was in a panic to stop any more jihadi attacks on the American homeland. After all, American Air 93 was taken over by al Qaeda maniacs to blow up the White House or the Capitol. That plot only failed when the passengers rebelled and ended up crashing the plane into the ground with all aboard.

Ms. Pelosi is therefore asking us to believe that in those panicky months her delicate sensibilities were on the side of Khalid Sheikh Mohammed — and not on the side of all the career politicians of Washington, D.C. Like herself.

But if Pelosi admits lying to her own voters for eight long years, the unavoidable implication is that all the other Democrats also lied about the evil Bush administration, along with those wellsprings of truth and integrity like the New York Times and the Washington Post. So Nancy’s lie drags down the entire Leftist sucker narrative."

-- James Lewis, saving the rest of us the trouble (Thanks, Dude) at Pajamas Media.