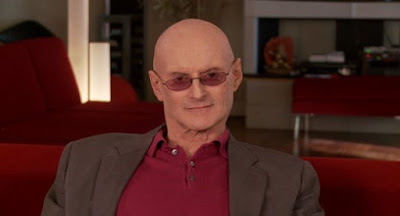 So Slate magazine - are these things still "magazines" if they only exist online? - says The America We Thought We Knew Is Gone, using "we" in much the same way Kurt Andersen does in "Fantasyland": as though we're all guilty of a little yoga, meditation, and whatnot, so must all accept the blame for the lunacy. Nope, sorry, Bud, this is just on y'all. (Especially those supposedly in control. Bill and Hillary and Jen and Brad, etc., all consulting crazy Ken Wilber (above) - Oprah Winfrey will believe anybody about any damned thing - I can't think of any Americans who've been less in control than these celebrities who've been dominating our lives throughout the latter half of the 20th Century.) You Thunderbirds were go, go, GO! 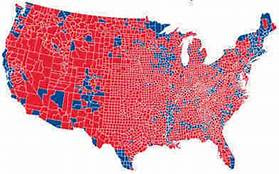 Trump haters understand "flyover country" in the same way they do the president, using the same amount of information, and in equal amounts, because (as we've seen with more-than-a-few journalists trudging in to see "normal Americans" since Trump won) they've deliberately had no real experience with any of this. Notice it's the America "We Thought We Knew" - not the real one - they're lamenting seeing go. The fantasy they've held that never existed. The real America's still here - filled with "deplorables" - and they still hate it. Get it? The fact the "good guys" *might not* be America's haters occurs to them much less than it does Mitchell & Webb's Nazi SS Men wondering if, maybe, they're "the baddies". 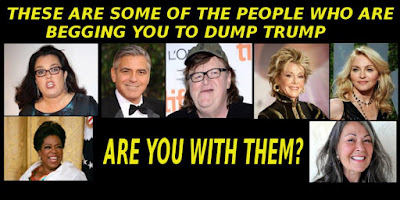 Slate's writer is someone named Lili Loopbourow, and she's upset "a reality-television star who lost the popular vote by millions" gets to do stuff. That's odd because, if seeing Donald Trump make it to the White House - right after one-term Senator Barack Obama - doesn't mean the maxim "anybody can president in America" is true, then I don't know what does. And hating the game, after Hillary lost it, is just sour grapes. 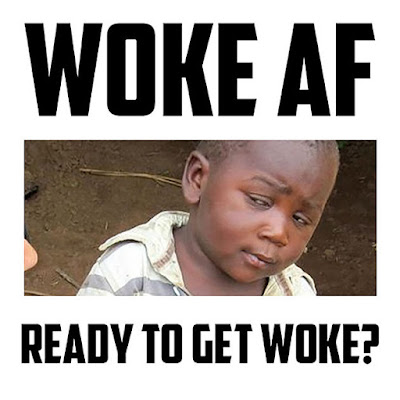 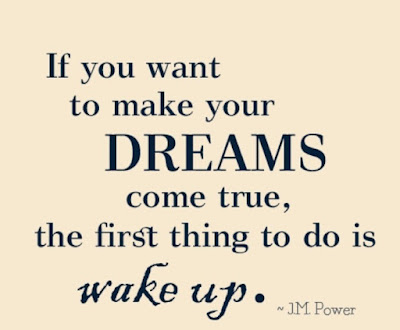 There's no need to go on. (I told you I don't reason with the unreasonable.) I'm just glad to acknowledge the Left's fantasy world is falling apart. I hope they don't take being "really woke" too hard - it's for the best: 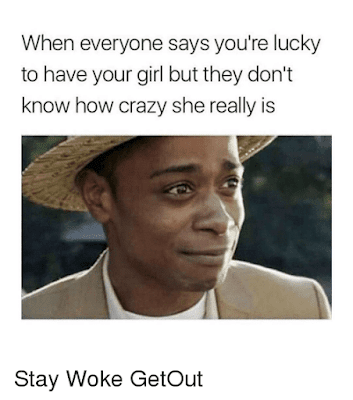 All that sleeping everybody was doing is what got us into this mess. 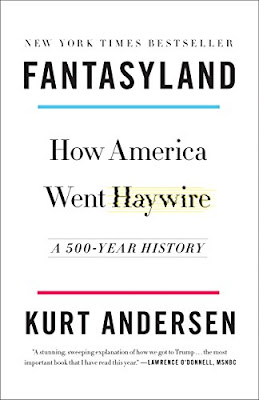 I've had a really hard time blogging because, it seems to me, at some point, trying to reason with the unreasonable has to end. I mean, I can't be living in Kurt Andersen's "Fantasyland" and also be expected to respect the fantasists (he describes as "we") enough to want to speak to them. Rationality just doesn't work that way. (Of course, I only know this, now, after screwing with this subject for 32 years, which - as far as I'm concerned, under any circumstance - has been far beyond the call of duty.) 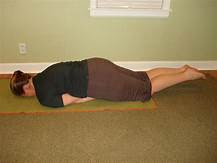 So now I'm writing for me. Just so I can see in print - somewhere - that, if studies say yoga and meditation increase the ego (as I always said it did and demolishing the claims of beloved con artists like David Lynch) then all these "studios" sprouting up in cities large and small *might* be one big overlooked reason for, both, our recent narcissism epidemic and this last generation of little Hitlers in spandex demanding we all go vegan. 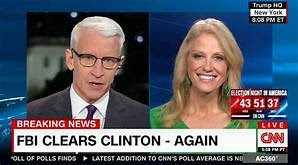 Nobody else is going to say it. Anderson Cooper won't catch it. Not for a while. Based on the way assimilation and dissemination of this type of information seems to work - say, as demonstrated by NXIVM and how long it took for the media and the authorities to catch up there - nobody else is going to say what I'm thinking and/or aware of for, at least, another 10 years, or more, so I guess I might as well get it all down, today, if I just want to see it (possibly) at all.

But "you're welcome" anyway. 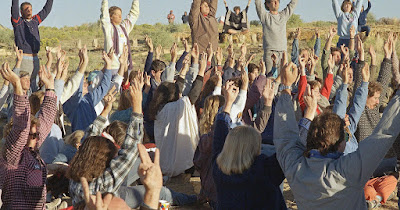 So, as expected, the NewAge hasn't exactly turned out as the believers imagined it would, back in the halcyon days of 1987 and their "Harmonic Convergence", when Pandora's Box was supposedly opened and, released, we were all to bow before The Furies - never realizing President Trump was one (as well as being a former Democrat). As Mr. T used to say, I pity the fools. 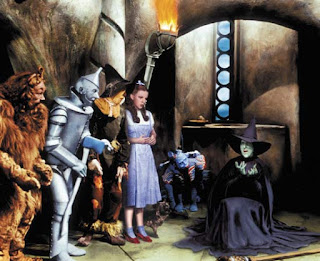 After Hillary Clinton getting beat by President Trump in 2016, and like The Wizard Of Oz's Wicked Witch of the West lamenting the world's loss of her "beautiful wickedness" as she's "melting, melting," NewAge believers can only watch their works dissolve as it slowly starts to register in the public mind that, say, being against vaccines (as political loudmouthed Robert DeNiro is) and GMOs (as Whole Foods Supermarket and almost all of France is) is stupidity personified - and someone should be held responsible for those believing otherwise. Especially if they got really passionate about it. 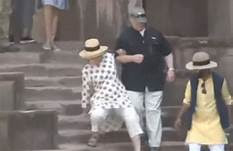 (How does Hillary's vocal advocacy for yoga look, now that it's known to inflate the ego and she's allegedly regularly falling down stairs and currently using a back brace? Who talked her into it? Does anybody care? Come on, how does a former Secretary of State go from talking whatever kind of nonsense produced slavery in Libya to talking the kind of nonsense that has her demonstrating "alternate nasal breathing exercises" as though they're some equal level accomplishment?) 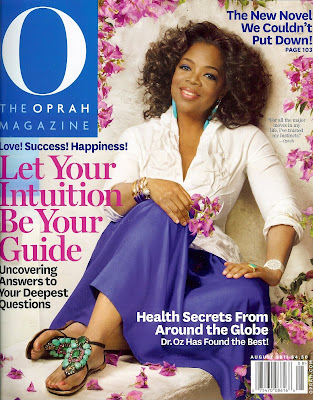 It's all normalized insanity - and it wasn't "idiot" Trump who fed it.

Posted by The Crack Emcee at 1:44 PM No comments:

I'll Just Leave This Here (As An I-Told-You-So)

Posted by The Crack Emcee at 10:01 AM No comments:

Posted by The Crack Emcee at 6:29 AM No comments: 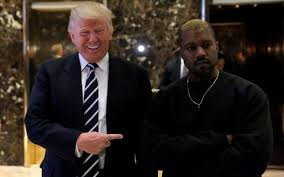 "Kanye West Supported Trump and Enraged Many. He's Still Holding on to His Pop Audience."

"The Truth About Trump & His Supporters: They're Racist"

Posted by The Crack Emcee at 7:47 AM No comments:

And You Let Him Get Away With That? 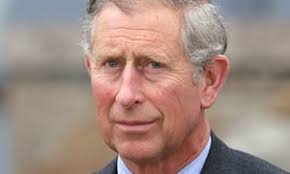 "It could also be that, as [Prince Charles] is getting ready to become king, he wants to keep a low profile about his more bizarre ideas."

Talk To Abused Husbands (Because The Cheaters Always Lie) 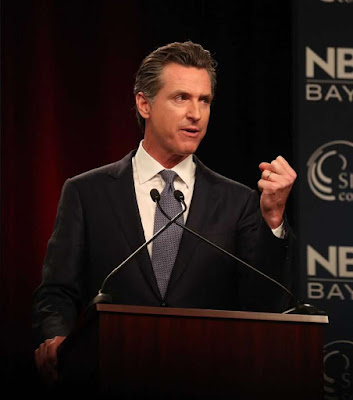 California's excelling at exporting sleaziness - or did we import it?

"During the governor’s campaign, his rivals brought up one of the darkest chapters of his personal and political history — the 2005 consensual affair he had with a woman who worked for him at City Hall and was the wife of his campaign manager.

'If you can’t trust Gavin with your best friend’s wife,' [Republican Travis Allen] said at one debate, 'how can you trust him with the state?'

But Newsom, now the father of four children with his second wife, filmmaker Jennifer Siebel Newsom, parried the attack, saying he had apologized at the time and 'learned an enormous amount' from the scandal. Helping him politically was that Ruby Rippey Gibney, the woman he had the affair with, said their liaison was not an example of a #MeToo moment."

How convenient - Fuck the cheaters - Where's the husband they all cheated on? Let's get his take on all this power-grabbing Newsom has "learned an enormous amount" from. (I bet he didn't "learn" it from him.) As a matter of fact, let's see a news show featuring him - and the former husband of Emmanuelle Macron's "wife" - and get their takes on the actions and fortunes of these repulsive creatures who insist on staying in their faces as admired public icons. Now THAT would be television worth watching.

Posted by The Crack Emcee at 6:17 AM No comments: