How "Not At All Racist" Is Defined In America: Racism

Think that's a fluke - or the way it is?


Talking to most whites is just fucking hopeless,... 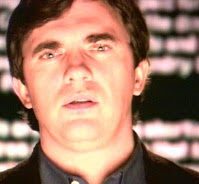 Gullibility isn't partisan - or a problem

In 2011, I said "Instapundit and Dr. Helen Can't Spot Quackery," and - when it comes to flim-flam - that's still as true as ever. Listen to him:

"The Fitbit Flex, a motion-sensing wristband that syncs with a smartphone app to track diet, activity, etc. My sister-in-law,...lost 24 pounds in a couple of months using one,..."

Cult leaders take you - using anything - so you'll take others

His sister-in-law, eh? Not according to Alan Levinovitz, a religion professor at James Madison University and author of "The Gluten Lie":

"What we’re doing with these trackers and these obsessive diets is giving ourselves an increasingly quantifiable way of saying that we are better than the other people. These things don’t work. They’re a marketing gimmick. They aren’t going to help you lose weight. It’s another ritual,...this takes us back to religion." 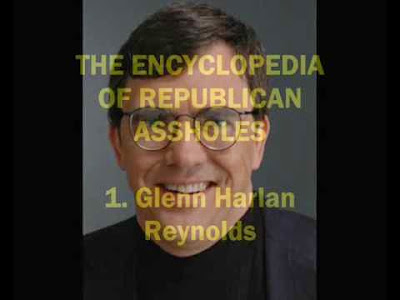 Oooh, so close! Oh well, at least Glenn-Boy's never stopped trying to act superior to others (while helping the Right lose two-going-on-three presidential elections) which takes me back to my original criticism of good ol' Instapundit, from waaay back when we first met online: 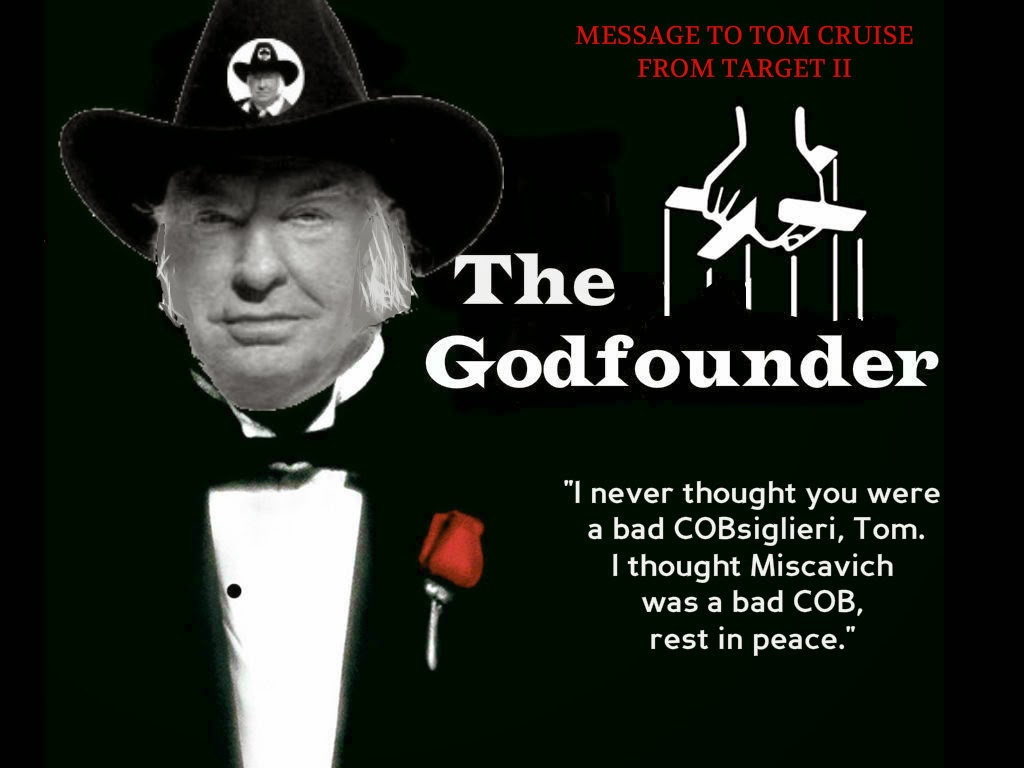 All I Have To Do Is Wait: Your Eyes Will Open In Time

Riots never helped anything? Sure.

It's so lame, that after 400 years, most Americans can't see this on their own - but have to be told - it's, somehow, personally embarrassing, AS AN AMERICAN, to repeat it:

"Corporate America has a double standard. As a gay African American, I was proud that companies spoke out vigorously against Indiana's LGBT bias law. Yet they and most other companies have been silent on black men dying at the hands of police, black people being incarcarated disproportion to their numbers, and black households on an economic razor-edge,..."

And only a few generations from slavery. Sigh. I warned you:

Those, "colorblind," but totally racial, post-Reconstruction-type evasion schemes would be discovered eventually,...

When You Wear Your Heart On Your Sleeve In Secret 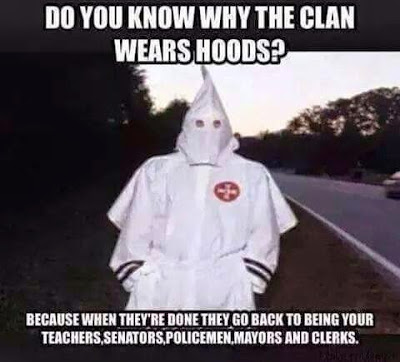 The KKK's Still Alive & Well In The U.S.'s Police Forces

A History Of U.S. Law Enforcement: The Slave Catchers

A Friendly Note To Scott Walker: Do NOT Chime In Here


"I like Charles Murray books to be honest with you, which means I'm a total nerd I guess,..."

No, guess again: it means something else,... 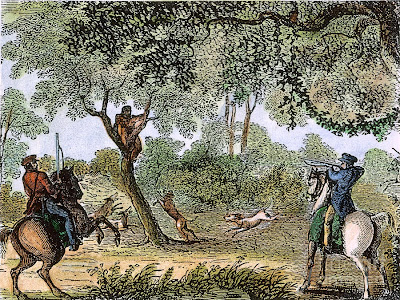 As it does today, early police work maintained "Law and Order," for whites


...When your sons and daughters are shot dead in the street and the state refuses to so much as apologize, someone, somewhere is going to pick up a brick. When a people go unheard for generations, someone is going to scream. When you take your foot off a man’s neck, he’s going to knock your block off. To expect otherwise is to expect oppressed people to be inhuman,..."

- Arthur Chu, on what white America's been looking for, in us 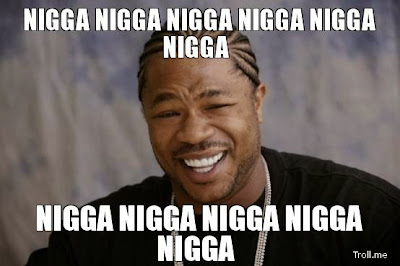 “If they had just treated Mr. Gray like a human being,...they wouldn’t be going to court and he wouldn’t be dead. And the only reason that exists in this country is because America by and large thinks its no big deal.”

- D. L. Hughley, on the 6 indicted Baltimore police officers, and the one undeniable flaw in most black's entire American experience

When Rand Paul Is The Best You Got: Give It Up, Guys 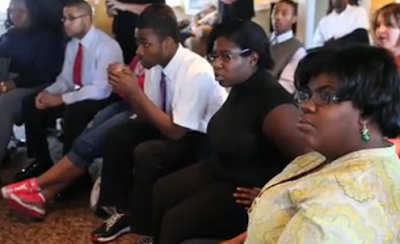 Actual blacks, listening to an actual Rand Paul speech, and actually not being inspired

Evidence, the folks over at Hot Air - the #1 conservative news analysis site - must be considering morphing it into The Onion:

"[Rand] Paul has fought hard to establish himself as the Republican candidate most concerned with and capable of reaching out to the minority community,..."

Folks, when you're willing to even consider - as your side's "most,...capable of reaching out" - a guy who has the same credibility as KKK highway clean-up, you need to re-ask if (at this point) it ain't the movement, itself, that's got a problem,... 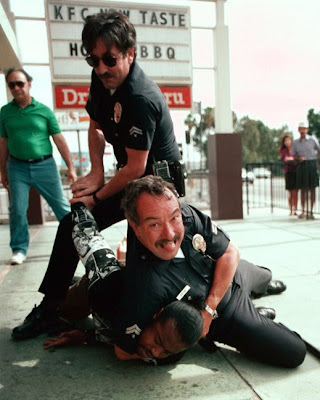 I could tell you cop stories, sure, but Lloyd Francis is A) also black B) a personal friend C) a photojournalist - that's his work above - and D) someone with professional access; so why listen to me when he's used Medium to jot down his thoughts on American police abuse? I can tell you street stories later:

Lloyd's is a much more historically-informed read, told from an I-was-always-watching perspective.

Because - whether you like it or not now - that's what my boy was paid to do,...

Right-Whites Never Asked Me If I Agreed To Anything

Somebody sold you a load of bullshit

I've been making this point, here, in one way or another, for the last seven years - directly to conservatives - to no avail:


"There can only be a tacit bargain if you imagine white people and black people as two separate nations negotiating a zero-sum deal. Of course this is ridiculous: justice is not zero sum. But lamentations like the Times' not only buy into this imaginary treaty, but also suggest black people aren't holding up their side of the agreement: 'The racial comity that the election of Barack Obama seemed to promise has not materialized...' 'Comity' is a term for legal reciprocity—when two separate legal entities agree to enforce each other's laws. A quirk of this great racial truce: only black people can violate it.

What tacit bargainers have always been asking is, Isn't there something else we can substitute for true equality? The answer is no. In the end, there can be no compromise. Making Oprah rich is not enough." 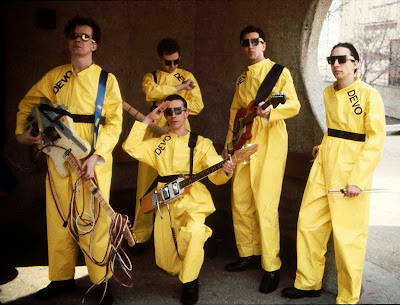 There's still hope for whites yet

Maybe, if you're white, your heritage might make you feel better - and push you to do the right thing; help you see it all another way. Your heritage, not blacks - we're fine as we are. Anyway, here's a "happy" white warning from '78 to nudge you ahead. Remember: the future is always now - and yes, We Are DEVO: