Posted by The Crack Emcee at 2:21 AM No comments:

But They're Expected To Be Reasonable Now

"Political expression on the Left...often mixed politics with occultism — magic and witchcraft along with costumes and symbolism drawn from Native American religion, Hinduism, and Buddhism. For example, at the mammoth antiwar protest near Washington, dc, in October 1967, Yippies performed a mock-exorcism to levitate the Pentagon and cast out its demons."

Posted by The Crack Emcee at 10:14 AM No comments:

What Trump's Election Was To "The Resistance"

"Membership in cults may begin with a sudden conversion experience where an individual feels that ultimate truth has been glimpsed. This may lead to zealotry,the conviction that the cult view is the only possible view, which therefore must be promulgated to the benighted or is too refined to be understood by others. A persecution complex and siege mentality may result: cult members feel that the world is the enemy and that only martyrdom will vindicate their faith."

Posted by The Crack Emcee at 10:06 AM No comments:

Posted by The Crack Emcee at 9:51 AM No comments:

Best Of Luck, You Two

"Is this proof Meghan visits a psychic like Diana did? Make-up artist publicly thanks royal bride-to-be for recommending a ‘truly gifted intuitive’ (who charges $250 an hour)"

"Prince Harry and Meghan Markle had regular appointments with an acupuncturist in the lead-up to their wedding."

"Meghan Markle takes an array of supplements,...Meghan is a fan of alternative medicine,...'I have been a longtime believer in acupuncture and cupping,..."

Posted by The Crack Emcee at 9:24 AM No comments:

"The California medical board is threatening to revoke the license of Dr. William Edwin Gray III for selling homeopathic sound files over the Internet that he claims—without evidence or reason—can cure a variety of ailments, including life-threatening infections such as Ebola, SARS, swine flu, malaria, typhoid, and cholera."

Posted by The Crack Emcee at 4:06 AM No comments:

It still seems pretty obvious, if you take out Conway's "Alternative Facts" gaffe (as any serious news program would've) all you're left with is 14 minutes of Kellyanne kicking Chuck Todd in the nuts.

Posted by The Crack Emcee at 10:33 AM No comments:

"How Were You Able To Justify Putting Patients In Harm's Way?"

The Wall Street Journal's investigative reporter, John Carreyrou, is asking this bizarre question of Theranos' Elizabeth Holmes, though the answer is provided in his own reporting on the Silicon Valley start-up:

"Visibly angry, Holmes told the gathered employees that she was building a religion. If there were any among them who didn’t believe, they should leave. Balwani put it more bluntly: Anyone not prepared to show complete devotion and unmitigated loyalty to the company should 'get the fuck out.'"

What could be more clear - or less unexpected from the San Francisco Bay Area?

"Three hours south of San Francisco,...essentially everything that became known as New Age was invented, developed, or popularized at the Esalen Institute. Esalen is a mother church of a new American religion for people who think they don’t like churches or religions but who still want to believe in the supernatural. The institute wholly reinvented psychology, medicine, and philosophy, driven by a suspicion of science and reason and an embrace of magical thinking...It was a headquarters for a new religion of no religion, and for 'science' containing next to no science."

Is that not the very definition of Theranos? Is it not also obvious why - in 2007 - I once wrote:

"Whether it's the racism (which I've spoken about for years) the adulterous white bullshit mayor, or the adulterous white bullshit mayor's love for cults, or the general lack of respect for morals, or the general lack of any good sense - or, really, anything else - personally, I'm sick of the bullshit 'no one wants to touch' in San Francisco. That city's been hiding the fact that it's a sick, evil, and toxic place - filled with cults that are spreading their corrosive magic-thinking ('you can believe whatever you want to believe') and making normal people miserable - for a long, long, time.

It's no wonder blacks have been leaving, like Jews from Nazi Germany, for years.

San Francisco (the home of est and the Landmark Forum) is filled with white cultish bastards, and living there - especially with that sick, sick, woman - almost killed me. I'll never get over the horror. And I'll never stop talking about it. And why should I?"

And I'd never even MET Elizabeth Holmes!!! But I'd married a woman who also risked lives for the cult's beliefs - and I'd lived in the San Francisco Bay Area for 30 odd years - so, I'm more-than-willing to accept NewAge as their reasoning, when I hear it so clearly expressed.

How others miss the spread of American cultism is, now, the only "how" I need an answer to.

Posted by The Crack Emcee at 10:19 AM No comments:

The Mystery That Only Deepens

All the first quotes are from Lisa Oz's Wikipedia page:

"Lisa Oz is an American producer, and frequent co-host of The Dr. Oz Show on the Oprah and Friends XM radio telecasts...."

[Oprah] may be the most powerful crank enabler on the planet.

Reiki is a pseudoscience.

"[Lisa Oz] is co-producer of the Dr. Oz Show and credited with the idea for the television show as a way 'practicing preventive medicine on a grand scale'..."

"In 2011-2012 She collaborated...in narrating the documentary film Genetic Roulette—The Gamble of Our Lives asserting health risks from GMO foods...."

Are you anti-GMO? Then you’re anti-science, too.

"According to the New York Times, Lisa Oz's mother 'believed fervently in New Age approaches like homeopathic remedies and meditation' and also introduced her husband to 'alternative medicine and Eastern mysticism' which he now integrates into his advice programs."

But - Even After A Congressional Inquiry - No One Can Figure Out Why Dr. Oz Is A Quack!!!

Posted by The Crack Emcee at 9:35 PM No comments:

The Trump Curse Meets The Oprah Effect (For Lunch)

"Oz came to general prominence with appearances on The Oprah Winfrey Show beginning in 2004,,..."

"What exactly will Ms. Winfrey do for [Obama]?"

"When Donald Trump discusses his health with Dr. Oz, let's not forget that Winfrey herself came under fire for supporting someone who had to be investigated by Congress for making inaccurate medical claims."

Posted by The Crack Emcee at 8:25 PM No comments:

"Oprah Winfrey, the closest person Americans have to a queen, showed up to Prince Harry and Meghan Markle’s royal wedding on Saturday. Naturally, people lost their minds."

"What has happened to Jim Carrey? Once a revered comedian with a big fan base, Carrey hasn’t made a good movie in 10 years, and the ones he’s in have been box-office bombs."

"Jim Carrey is maybe two years from becoming a punch line. But he's cool with that,...You see, Carrey has found spiritual enlightenment, and it's so awesomely awesome that he just has to tell you about it. For hours. Even if you didn't ask."

"When Jenny McCarthy's son, Evan, was diagnosed with autism in 2005, she reached out to fellow actress Holly Robinson Peete, a longtime advocate for children with autism, for guidance and hope. Two years later, Jenny and Holly went on The Oprah Winfrey Show to raise awareness,..."

Posted by The Crack Emcee at 5:54 AM No comments:

How We Got Trump (By The Skin Of Our Teeth)

Posted by The Crack Emcee at 5:37 AM No comments: 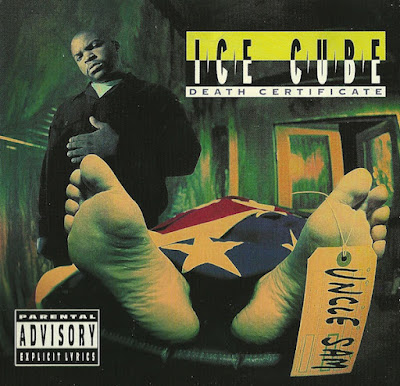 The last school shooting,
I personally experienced, was in 1976.

Growing up in South Central, Los Angeles, I know deadly violence is a normal part of American life, like rape and poverty.

And why wouldn't I?

By 1992, Ice Cube had recorded Death Certificate's "Summer Vacation", with it's chilling reminder for future generations that "If it could happen here, it could happen anywhere" - a message I'd found comforting long before those, sheltered from the realities of American life, were ready.


I always wonder what country they grew up in?

Posted by The Crack Emcee at 5:40 AM No comments:

"You just want to be right."

It's what people say to me when they're wrong.
Posted by The Crack Emcee at 11:30 AM No comments:

President Trump hires Dr. Oz (and the circle is complete)

The Oprahfication of everything.
Posted by The Crack Emcee at 11:12 AM No comments:

I am the winner

In the pre-Trump "which-blog-predicted-what-was-needed" sweepstakes. You're welcome.
Posted by The Crack Emcee at 11:04 AM No comments:

It's not the kind of thing Kanye would notice, but most black women will.
Posted by The Crack Emcee at 10:57 AM No comments: