Holocaust U.S.A.: "When It's All Over, I'll Still Be Indian"

Posted by The Crack Emcee at 4:30 PM No comments:

I'm Assuming This Is Supposed To Mean Something,...

Posted by The Crack Emcee at 4:06 PM No comments:

"African-Americans consistently have expressed far less faith in "most people" than the white majority does. Racism, discrimination and a high rate of poverty destroy trust.

Nearly 8 in 10 African-Americans, in the 2012 survey conducted by NORC at the University of Chicago with principal funding from the National Science Foundation, felt that "you can't be too careful." That figure has held remarkably steady across the 25 GSS surveys since 1972.


The decline in the nation's overall trust quotient was driven by changing attitudes among whites. It's possible that people today are indeed less deserving of trust than Americans in the past, perhaps because of a decline in moral values."

Posted by The Crack Emcee at 8:18 AM No comments: 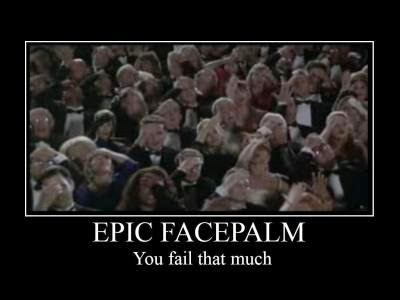 "Human beings, be they idealists or the psychologically vulnerable, have displayed an inexhaustible capacity for credulity when it comes to charlatans posing as political or religious messiahs."

Friday Night (Bracing Myself For An Exciting Tomorrow) 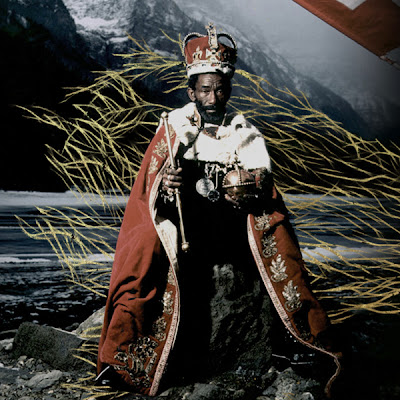 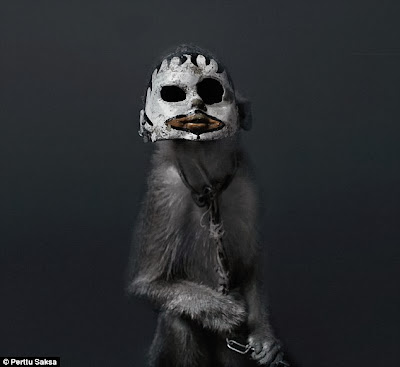 Can you imagine the movies we'd be watching if someone bothered to show the real story of America? Sweeney Todd, anyone?

"At Dartmouth, the medical college—it would be unfair to say that the medical college begins with this moment, but the teaching of science in Hanover begins when the physician to the president, the founder of Dartmouth, Eleazar Wheelock, drags the body of an enslaved black man, who is deceased, named Cato, to the back of his house and boils that body in an enormous pot to free up the skeleton, to wire it up for instruction. That act is not unusual."

What Americans don't know is more fascinating than what we do,...

Lie About France? Ha! The World Owes Me An Apology 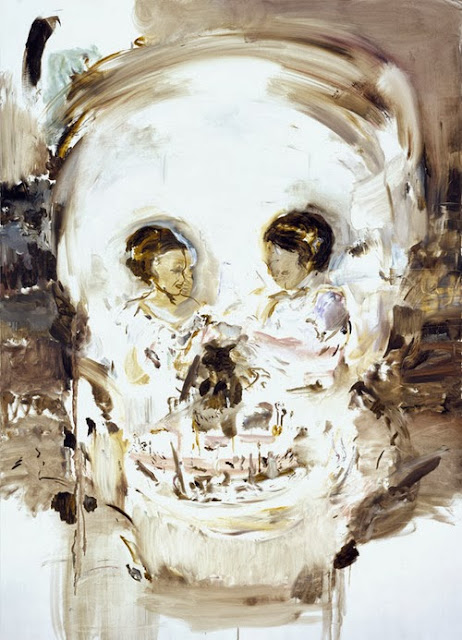 "Black Americans, don't be surprised if someone slyly offers you 'niggerheads' for dessert: They're racist as all get-out in France. They just won't admit it - even to themselves - just ask the Jews.

But, of course, they demand that Americans must have a black president, while France doesn't have a black anything. They don't even like printing the word 'black' in newspapers. Hell, I once went to the equivalent of a Home Depot in France and they didn't even have black paint!" 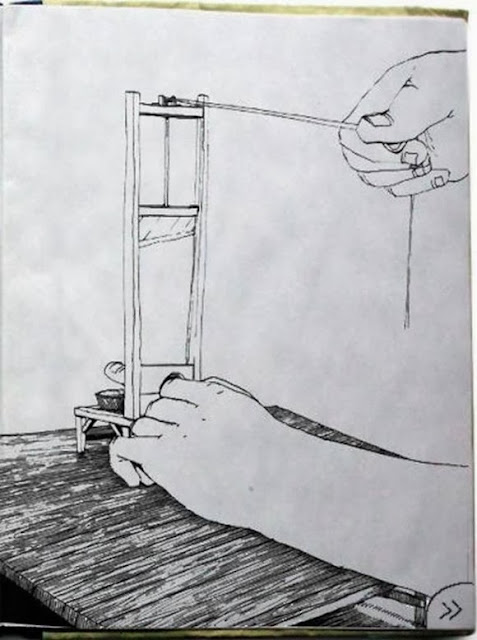 "In a country that takes pride and expends considerable energy to ensure that the principle of "egalite" (equality) is strictly adhered to, there are some racial references practically embedded in the language and culture here.

"Negre" is the N-word in France, and it is used in ways that would raise eyebrows elsewhere. A "negre," for example, is a ghostwriter in French, "tete de negre" is the name for a chocolate pastry, and "petit negre" is the way one refers to poor or pidgin French."

Cultists Catch A Break (The Average Black Never Will) 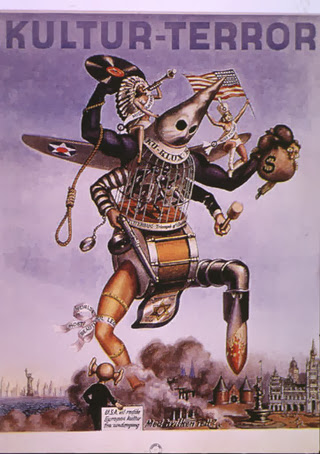 Face it - We need some kind of early warning system:

"Nobody is going to be profiling (white former quarterback) Steve Young after the game when he goes to a Mormon retreat to talk to Mormon kids. They (officers) are going to profile somebody partying at the club after the game. When you profile all those factors in, where police are likely to be looking for suspicious behavior, that's going to eliminate a number of white guys right off the shoot because they're not going to be going to those areas in those neighborhoods, looking at those kinds of activities.

…We try to let them know it's not like they're Joe Sixpack driving around at 3 o'clock in the morning. It's not that simple." 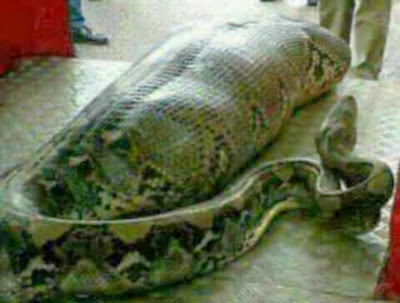 When it comes to being at home? It is "that simple":

We just keep discovering it after-the-fact,... 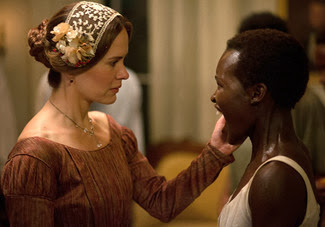 Forget The Knockout Game, Drudge can't deny this is real:

1. Pick a crime trend – or make one up! Consider only street crimes. Crimes against humanity by America or its allies, crimes by Wall Street bankers, American corporations or middle-class white people over the age of 21 do not count. Crimes by white men do not a trend make.

◦ A drop in black crime: This can count as a trend but only if you can credit the actions of white people for it, like 'stop and frisk' or 'The War on Drugs'. Whatever you do, never credit 'black culture', 'black leaders' or 'black parenting' for it! They can only be blamed, never praised. That is like a rule of White American culture.” 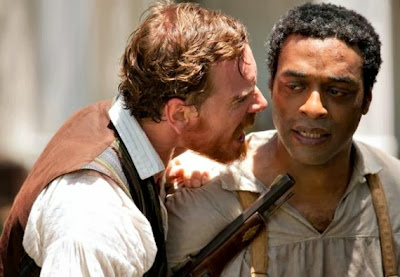 Funny - for all his "reporting" - Glenn "Get Yer Guns" Reynolds keeps missing when (and how) it happens, too. But, even with such a glaring oversight - and this ugly trend he contributes to - everyone still wonders (and bugs me about) why I don't listen to his harassing garbage. 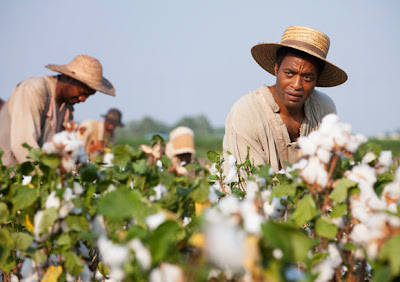 Posted by The Crack Emcee at 8:22 AM No comments:

A Real Challenge (And TMR Favorite) Made It Onto TV

Hmmm. Apparently somebody at Lionsgate really messed up (The Mad Men Theme, below) and, in so doing, ensured I'll have RJD2's newest, bestest, weak at the knees but hard as day-old jello soundscapes (above) until the day that sucker stops,...or drops.

Ain't that a bitch.

A clear and definite reason to live:

At this point, it's kind of embarrassing,...

Posted by The Crack Emcee at 7:38 AM No comments: 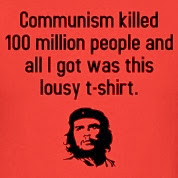 “Those that scraped the fire were slaine with the sword; some hewed to peeces, others rune throw with their rapiers, so as they were quickly dispatchte, and very few escapted...It was a fearful sight to see them thus frying in the fyer, and the streams of blood quenching the same, and horrible was the stincke and sente there of... [The pilgrims] gave the prayers thereof to God, who had wrought so wonderfully for them, thus to inclose their enemise in their hands, and give them so speedy a victory over so proud and insulting an enimie.” 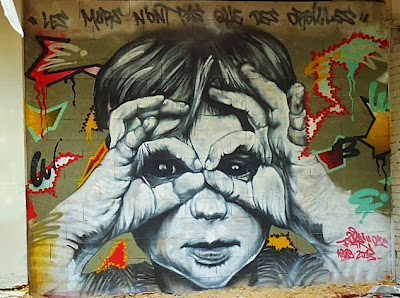 "The treatment of enslaved Black people was generally characterized by degradation, dehumanization, and fatal brutalities. The violent tactics of whippings, rapes and executions was a normal way of life for them. Men were stripped of any form of pride and self respect by being humiliated in front of his family. Women were often taken from their husbands and raped at their owner’s discretion which further diminished the black man’s sense of self worth as well as the woman’s self esteem (Dubois, The Souls Of Black Folk, 1903).

The brutal treatment of Black people continued well after slavery legally ended, through the days of Jim Crow, Civil Rights, and, to a certain extent today. The trauma caused by this psychological brutality resulted in severe damaged to the mind of the victims, which manifested as an identity crisis, self hate,  low self worth, and  a distrust of the world at large. This mentality has been passed down through generations.

Today, conditions such as low socioeconomic status, social deprivation, inadequate education, high unemployment, and the criminal industrial complex has reinforced this negative mentality, which has and  still affects behavior in the Black community today, including young black boys." 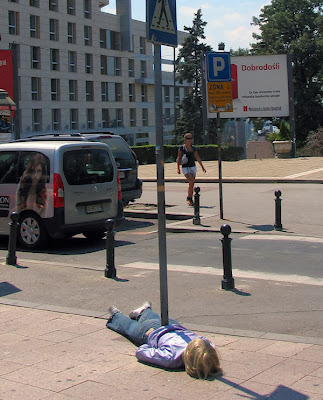 "Being kind to black people can mark you for life, so consider this when you encounter racism and wonder why more people don’t stop to offer help." 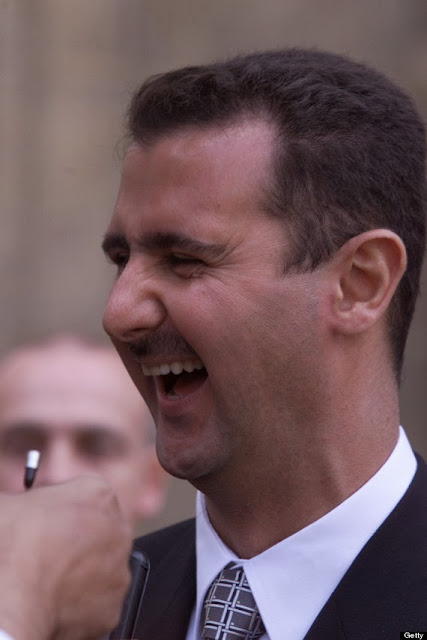 "...I still wake up in the morning and check out reality carefully, as I would touch a sore tooth with my tongue, as I have woken up after someone has died or I've needed to incorporate some other piece of shocking news. In times of integrating something big and awful into my whole being, I often wake up thinking, 'Something's wrong. What is it?' And in this case, what has gotten into my system in a new, visceral, cellular level, is that racism is wrong. Is that racism and unconscious white privilege are radically, red level blinking light, call 911, wrong. Hold the presses, stop business as usual, put down your remote control and listen wrong. Not just before the Emancipation Proclamation, but now." 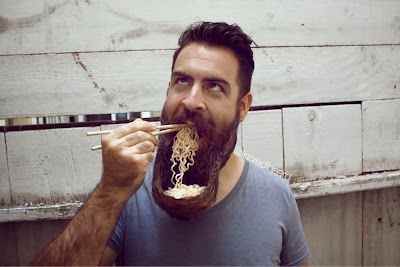 “'Many actually went out of their way to purposefully ignore me, and they wouldn’t even make eye contact. I’d approach them and say, "Happy Thanksgiving," many of them I wouldn’t ask for any food or any kind of money, and their inability to even acknowledge me being there was very surprising,' he said, noting that five people even asked him to leave." 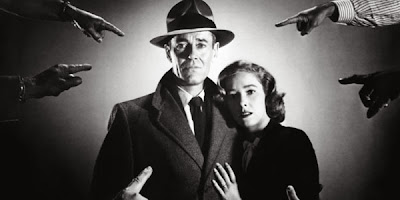 "Even the most complex cult doctrines ultimately reduce reality into two basic poles: black versus white; good versus evil; spiritual world versus physical world; us versus them." 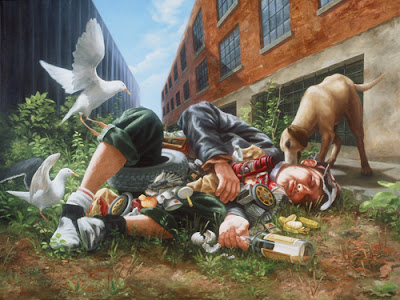 Posted by The Crack Emcee at 6:41 AM No comments:

Things The Unloved Are Thankful For (Thanksgiving V) 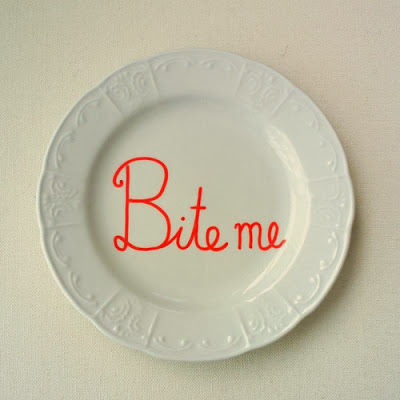 "War-weary Americans and their distracted political leaders are less interested in responsibilities overseas, creating a vacuum of international leadership. But for better and for worse, neither China nor anyone else appears ready and able to fill America’s superpower shoes." 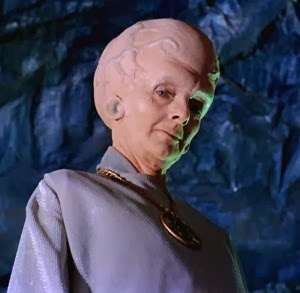 Even quacks must have free speech 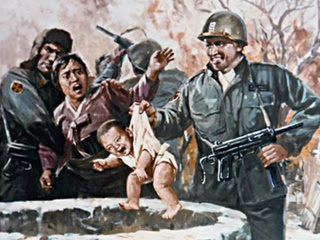 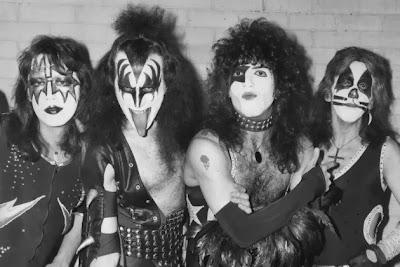 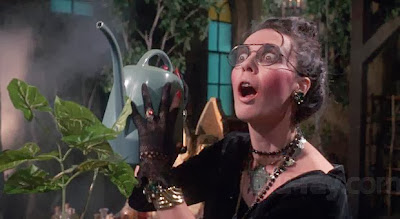 Women are 'hard-wired' to regret casual flings - but men only regret NOT having them, study reveals 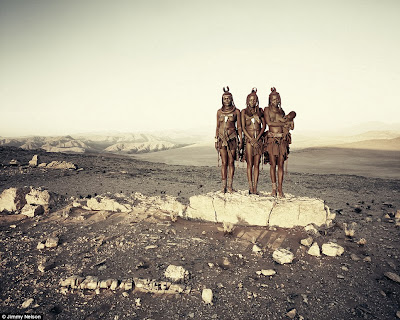 70% now think it is wrong for married people to stray 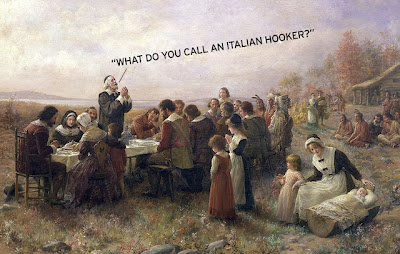 Michele Bachmann: ‘If God Wanted Everyone To Have Insurance, Why Did He Invent Miracles?’

Posted by The Crack Emcee at 12:25 PM No comments:

Things The Unloved Are Thankful For (Thanksgiving IV)

Things The Unloved Are Thankful For (Thanksgiving III)

A vision of men, unquestionably different from whatever they're selling,...

Things The Unloved Are Thankful For (Thanksgiving II) 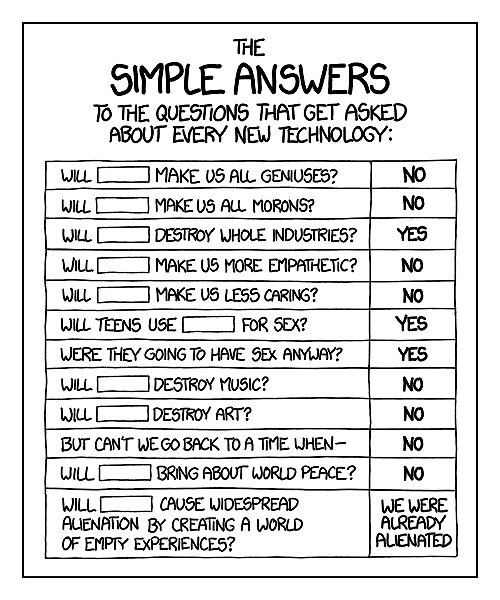 Anyone (PW comes to mind) brave enough to see the world as it is,...

Things The Unloved Are Thankful For (Thanksgiving I)

Women who are happy to fight.

Posted by The Crack Emcee at 8:08 AM No comments:

Some perspective, in case anybody wants to insist on the delusion that black slaveowners, white slaves, or free blacks were some major phenomena: 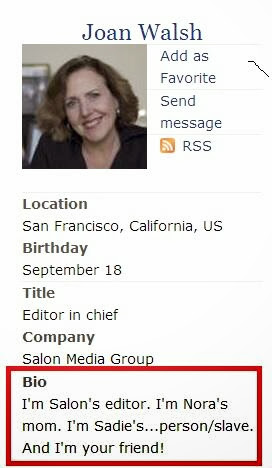 Flash-forward, to my birth, 100 years after The Civil War (when, supposedly, all the bad stuff ended) and white society still hadn't come to it's senses - while claiming they were behaving normally. Whites still worked over-time, before "Say It Loud - I'm Black And I'm Proud!" trying to convince blacks like me we were the ones with the problem. They expect to walk away from that decades-long mindfuck, without it being mentioned, too.

You see, they want my help in claiming everything happened long ago.

And now, somehow, we're supposed to buy the story blacks should be happy and/or satisfied watching whites posing as authorities on everything - but, especially, justice, ethics and (as the divorce and adultery rate shows) morality - while openly spending the money blacks made once whites gave themselves a multi-century free ride. 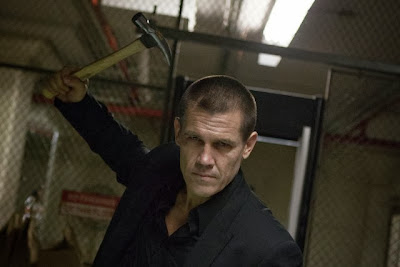 Or is it that we should just take our lumps and let them go about their business? 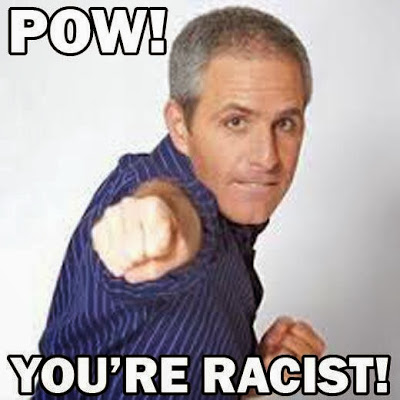 Either way, what a weird thing to expect us to be thankful for,...