Who's Afraid Of The Big Bad Wolf? 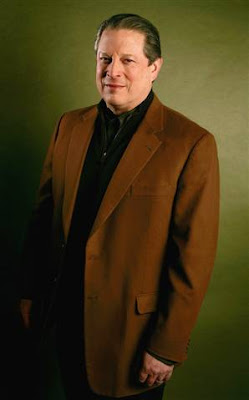 "I think that those people are in such a tiny, tiny minority now with their point of view, they’re almost like the ones who still believe that the moon landing was staged in a movie lot in Arizona and those who believe the world is flat. That demeans them a little bit, but it's not that far off."

-- From Al Gore's up-coming interview, on 60 Minutes, where he disses Global Warming skeptics while declaring himself the "P.R. agent for the planet"

"[Naomi] Wolf has become an image consultant,...as Time reported,...Vice President Al Gore paid Wolf thousands of dollars a month for advice on presentation, from the tones of his speeches to the color tones of his wardrobe. The Washington Post relayed that Wolf 'has long contended that earth tones are more 'reassuring' to audiences'' and that she is 'the person behind Gore's recent wardrobe change.'" 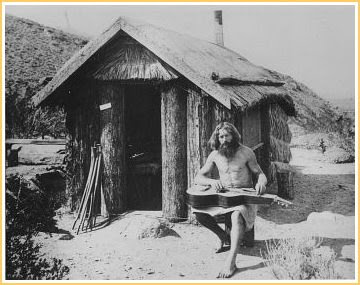 O.K., Naomi says earth tones are "reassuring" (where'd she get that from?) and, now, Al is wearing brown and he's all fired up for yours truly to "save the planet" - if I don't do as he says, I'm crazy, right? So, my hippie-dippy nature-loving friends, what in the world could this one lone city-dwelling nigga have for you to combat that shit?

Well, though I was born and raised in California, I've lived in, and studied, Europe - really studied it - and, heavens to Betsy, I read. So, prepare to get your minds blown, assholes:

* p. 61: The people of Ascona refused eggs, milk, meat, salt and alcohol. Nature cure was a powerful idea in the German mind, and was a widespread and profound rebellion against science and professionalism.

On August 20, 1903, a newspaper in San Francisco, California published a large article about Ascona/Monte Verita, describing the people and their philosophies. This was certainly one of the first times that detailed news of the European counter-culture had reached the California coast.

Although Ascona died out after 1920, the spirit of it was reborn in California at Big Sur in the 1960s, with Esalen Institute becoming a "Monte Verita" on the Pacific.

-- From "A Pictorial Anthology from Germany to California: 1883-1949", which I got - along with that cool (and eye-opening) 1917 photo of back-to-nature German proto-hippie Bill Pester in California - from Chris Locke's awesome Mystic Bourgeoisie. He got the photo from a site called Hippie Roots and the Perennial Subculture. There you can find this quote as well:

"Germany had always made a virtue of their late submission to Latin civilization and had glorified the natural man and woman with all of their virtues and vices. Over 2000 years ago (about 51 B.C.) Julius Caesar noted of the Germans: 'The only beings they recognize as gods are things that they can see, and by which they are obviously benefited, such as sun, moon and fire; the other gods they have never even heard of.'"

Those "ancient teachings" are some pretty hippie shit,... 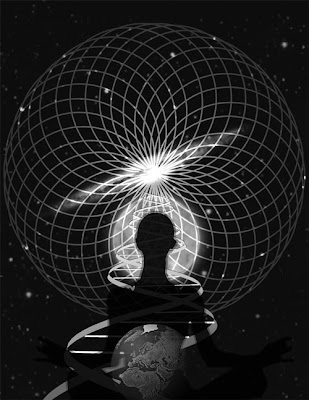 So do you get it yet? This is leftover pagan shit, y'all! Al and Naomi just put earth-toned lipstick on a NewAge pig! (And Al is looking rather piggish these days,...)

But - I know you're going to say it - science (which I claim to love) supports it! True, but my talks with scientists have taught me three things:

1) The science community is made up (almost overwhelmingly) by Leftists, and - like all Leftists - they're not really prone to questioning their own assumptions. Especially the assumption they're not affected by NewAge thinking. (They're too smart - ha, ha: this ain't an I.Q. test, folks,...)

2) They haven't studied cultism, or NewAge's pagan roots, and the sneaky way pagans work on/in society - meaning: how it's worked on them - very well.

3) Like everyone NewAge has affected, they want to be heroes, so they can tell the rest of us what's what.

Don't you dare forget any of this, people - especially the desire to slander the non-believers as the whack-jobs:

Like Hillary Clinton's presidential "inevitability"; the Left's ability to end the war after winning both houses of government; the bogus claims about "over-flowing landfills", or any of the other bullshit beliefs the Left has sold as accepted fact, I'm pretty confident Global Warming, too, will come apart. If I'm wrong, I'll admit it - hey, I'm just one black guy: merely "a tiny, tiny minority" (in more ways than one) - but, if I'm right, this should be the final proof needed that, for the last 40+ years, Americans have been played for suckers in a world-wide NewAge scam to shift our priorities, from what's really important to mankind, to what those with pagan-based beliefs have desired for thousands of years. Watch:

Like all scams, it's only a matter of time, and the blow-back for something of this magnitude - just for the sheer arrogance of believing they could force Europe's medieval mindset into America's modern era (and almost got away with it) - should be ferocious. Just like when this latest round of bullshit began: 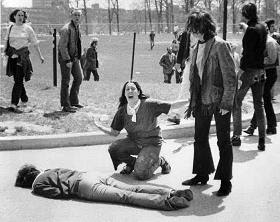