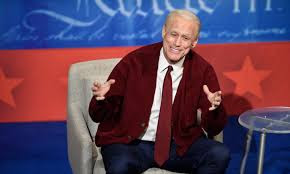 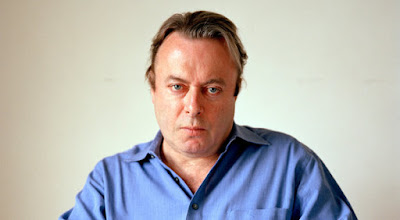 After all, Vanity Fair is the former home of the late, great Christopher Hitchens, investigative journalist extraordinaire, who surely would've winced when SNL announced Carrey's hiring, remembering there's a pandemic going on, and Carrey was, and is, an early NewAge leader of The Anti-Vaccine Movement. I don't think, Hitch would've thought, in this, any further magical thinking was called for. 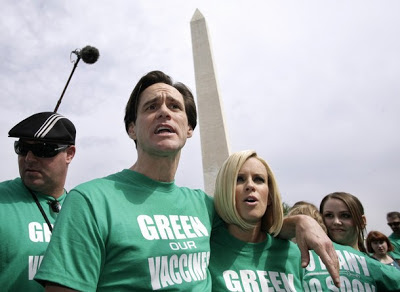 Did Saturday Night Live (along with Vanity Fair?) somehow miss Carrey's past, or did they just never ask him about how he and Jenny McCarthy were once nonsensically encouraging an entire worldwide movement? And, if so, how? Or does the media, now, just not care who's been misinforming everyone, from the President of the United States to the rest of the world (and/or the rest of us) on knowing how we got here? 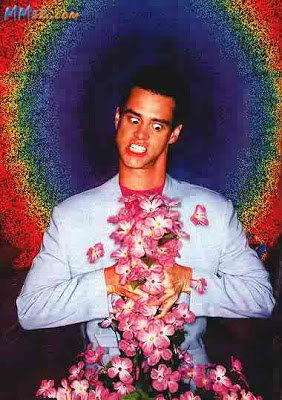 Carrey joined the NewAge in 2007, with his career (and increasingly gargoylish appearance) taking a Dumb & Dumber 2-type U-turn with it, so, how seeing this washed-up, unhinged, anti-science, religious fanatic is supposed to cheer us up every weekend, also could've been demanded to be known by Hitch's old comrades, but isn't. So why even have a media? To sell us scary headlines about how The Anti-Vaccine Movement is hooking-up with the QAnon cult, but NOT to tell us the show everyone's watching - for  Joe Biden being played in aviator glasses - has anything to do with all that? 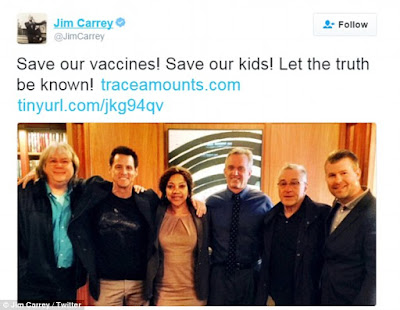 Or anything to do with anything. With Vanity Fair and the rest of this media, you'd barely know Carrey's part of a "Celebrity Anti-Vaccination Squad" with fellow Democrats, Robert F. Kennedy Jr. and fellow SNL co-star Robert De Niro (pictured in 2016). You'd think that whole anti-vaxx thing was just in his past, or maybe it was just him and his old flame, Jenny. 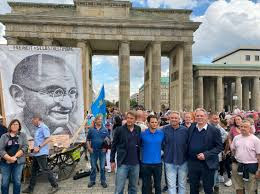 Because, if you believe that, then Kennedy's stirring up QAnon-related anti-government trouble in Germany last month over vaccines (as he's done, here, many times before) stays unconnected to Carrey, or De Niro. 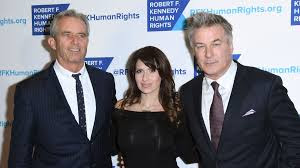 Except for the occasional photo of Kennedy with Alec Baldwin, Carrey and De Niro's co-star as SNL's "Donald Trump". 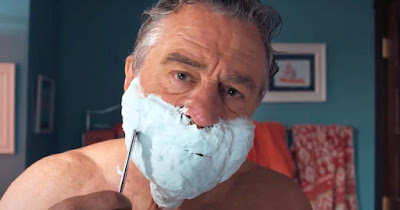 And then, look at the coverage of De Niro. It's all about his new movie, "War With Grandpa", and his comedy chops, AND his anti-Trump rage - another trait he shares with Carrey - even though Trump was once anti-vaccine, so it was their own movement that partially created what many dislike about The Donald today. 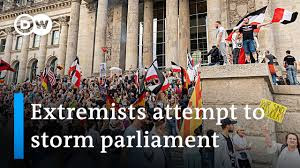 My point is, even with all this international mayhem they're causing, what all this media coverage does NOT mention is Jim Carrey's connection to Robert De Niro, or Robert F. Kennedy, or Jenny McCarthy. 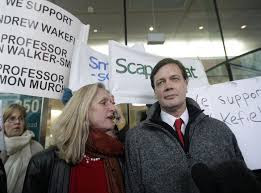 Or even Andrew Wakefield (above, who started all the trouble) Elle MacPherson (the stupid supermodel who has since become his girlfriend) Oprah Winfrey (the so-called "journalist" who promoted it, all, almost as soon as vaccine paranoia became a thing) or Gwyneth Paltrow (the actress-turned-con artist, who, of course, joined-in to cultivate "Fuck You"). 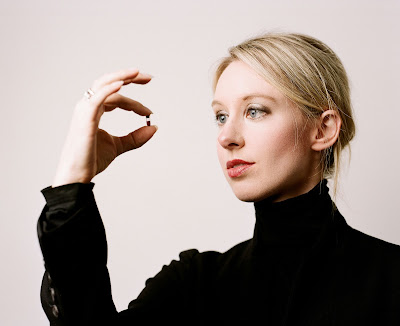 This new type of media oversight - or the lack of it - is what I call The Theranos Effect (TTE). That's when lots of educated people can stare right at an *obvious* world of frauds, and still see genius. 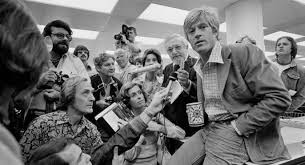 You see, America was fed the Watergate lie about journalism: crusading reporters - covering the world like ants - to uncover important stories that protect and inform the people. 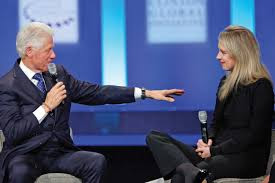 But, the truth is TTE - or what we saw happen at Theranos: a billion idiots walk into a place, drink the Kool-Aid of someone like Elizabeth Holmes, and - like Bill Clinton - swear to GOD "the future's in good hands." 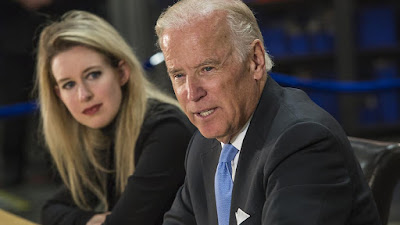 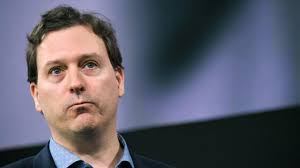 Only one journalist, out of hundreds or even thousands, saw through Theranos. He works for The Wall Street Journal and his name is John Carreyrou. He's got all of my respect. 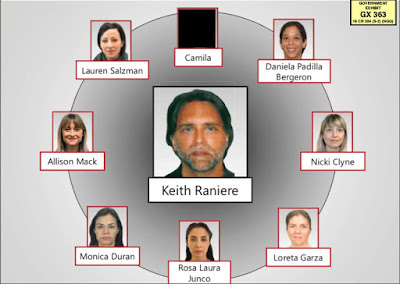 I knew about NXIVM for 12 YEARS before the major media caught on. Hillary Clinton and the Dalai Lama were involved. That's why, I'm here to tell you, for every story you read, there's a real one - DYING to get out - but the rest of us are lucky if even one or two reporters ever get close to it. 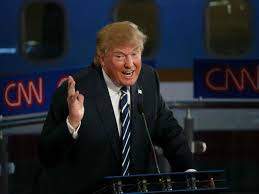 And - honestly - I know of only one other guy out there saying it. And Christopher Hitchens wouldn't have liked who it is.