I'ma Do It My Self - With Turquoise 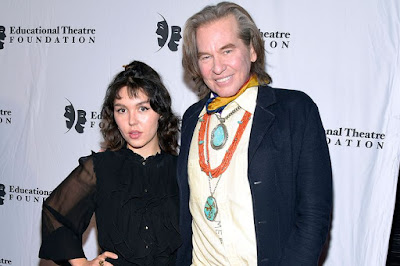 So, if you've ever wondered, "What the Hell happened to Val Kilmer?" you can now say "Christian Science" and put him with Steve Jobs, Steve McQueen, and Bob Marley, on your Bingo card of celebrities too stupid to go with REAL science, until it was too late. That choice obviously didn't kill Val, but it jacked him up pretty bad, and also scared the shit out of his daughter:


“It was devastating. I thought that was it...People had really wanted him to get it attended to but he had faith in his body’s ability to fight it off. It was obvious he was sick but he didn’t want to go to the doctor,...He wanted to do things his way.”