America's Got Itself A Homeopathic Presidency 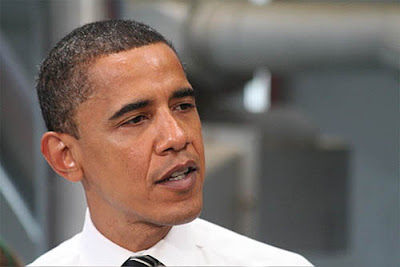 "In the old days, a guy who voted 'present' on 130 bills (or 129 depending on the source) while a member of his state senate was rightly viewed as pusillanimous.

In 2009, thanks to cultural implosion and media bias, his primary deficiency has been reclassified into a transcendent trait. Nowadays indecisive fellows like Obama — should they be Democrats — qualify as symbols of astuteness. After all, anyone can have strong beliefs, but only a New Age hero has the wattage to be uncertain about so many things."

-- Bernard Chapin, proving, once again, not everyone is blind to what's occurring, for Pajamas Media.