This NewAge Guy Is Catching A Falling Rock 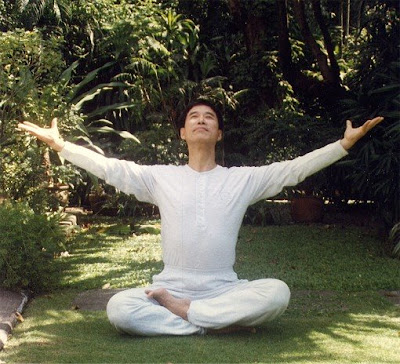 "Is there really a believable study that shows that Qi-freaking-Gong, of all things, is good for chronic pain? Ancient hokum about 'energy fields' and 'life force' does the trick, does it? My idea of a good trial of Qi Gong would involve one group of patients getting the full hand-waving treatment according to the best practitioners of the art. The other cohort gets random hand motions from a system I will gladly invent on request, and which I will have to be forcibly restrained from naming Don Ki Kong. It’ll be full of talk about holistic energies and connections to the universal flow, don’t you doubt it, and I’ll round up some impressive-looking worthies to administer the laying on of hands. Their passes and taps will be carefully screened by the Qi Gongers beforehand to make sure that none of them, according to their system, have any chance of actually having any effects on the Qi (assuming that any of them can agree). We call that a controlled trial to investigate placebo effects."

-- Derek Lowe, on that stupid, stupid, stupid letter Tupac Okra and Friends got in The Wall Street Journal, which was then forcefully thrust In The Pipeline.