Next Up: She'll Hire A Homeopath As Her Doctor 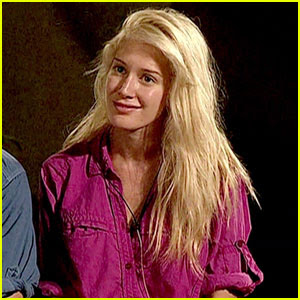 "It wasn't in the stars.

'I have decided to part ways with Mr. Chase both as a manager and as a psychic and will scrutinize my business decisions more carefully in the future,' Montag, 23, tells PEOPLE. 'I will now be managing my own career as a strong and independent woman.'

Montag says that she had worked with Chase as her 'intuitive healer' for a month after her 10 plastic surgeries in one day before deciding have him take over the job that had been done by her husband Pratt for five years.

'Unfortunately recent behavior by Mr. Chase on set of both Just Go With It starring Adam Sandler, Jennifer Aniston and Nicole Kidman and [on] The Hills have made me question this decision,' Montag says.

As for his behavior, [Aiden Chase] denies reports he crashed the set or tried to poach Audrina Patridge as a client. "

-- Jennifer Garcia, giving credence to the rumor I have psychic powers - I predicted this arrangement wouldn't be working out "in her near future" - or, at the very least, Miss Garcia is confirming that one seemingly crazy nigger can be far more "intuitive" than Hollywood's average "strong and independent" NewAger with breast implants, or, really, any other blithering idiot believer who's ever appeared in People.