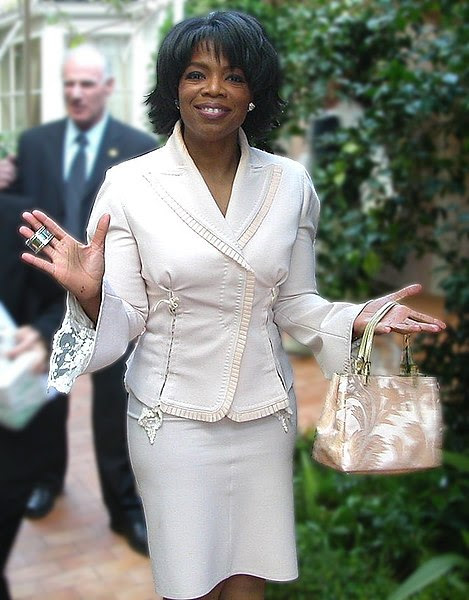 One of her beloved dogs died earlier this year after choking on a plastic ball. Her school in Africa is embroiled in scandal. A thyroid problem has her packing on the pounds again.

And now she has pulled a discredited children’s book, Forrest Carter’s The Education of Little Tree, from a list of recommended titles on oprah.com, blaming an archival 'error' for including a work considered the literary hoax of a white supremacist. First published in 1976, the book was supposedly the real-life story of an orphaned boy raised by his Cherokee grandparents.

- From The Kansas City Star (link in the title)

Yea, that "Law Of Attraction" works like a charm. I wonder why more people don't point this out, now that OW is suffering so much? And, considering her "positive" outlook on life, how did she attract a thyroid problem, or any of these other difficulties, in the first place? She did say she's been practicing The Secret her whole life, didn't she? Whatever.

As far as I'm concerned, these horrible things couldn't be happening to a nicer person,...