Orac: Get Away From Me, Kid, You Bother Me 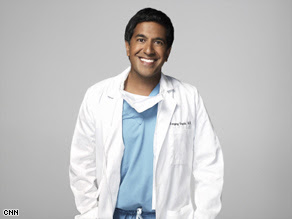 "I either did not see or hear about Dr. Gupta's credulous report on the Raelians. It was truly a low point for medical journalism in the last decade, and he was at the center of it.

...However, what concerns me more is that, when it comes to one of the most important threats to public health of our time, the antivaccine movement, specifically the movement that claims that vaccines cause autism, Dr. Gupta has shown a maddening tendency to straddle the fence and play both sides.

Do I think Dr. Gupta is sympathetic to antivaccine views? Not at all. But he clearly does not recognize them when he sees them, and he seems tainted by the journalistic tendency to 'tell both sides' even when there is no scientific support at all to one side. Such a tendency may have served him well as a journalist, but it would not serve the nation well in a Surgeon General, who must persuade the nation with clear, science-based arguments. Again, the Surgeon General's influence depends on his gravitas and ability to persuade, both of which he can undermine by even being perceived to give credence to cranks and quacks."

-- Orac, coming down on Sanjay Gupta (right where TMR said he would - and also revealing just how pervasive, and how much credibility, the crazy, lying, Raelian cult of U.F.O. creeps can get in America) with Respectful Insolence.