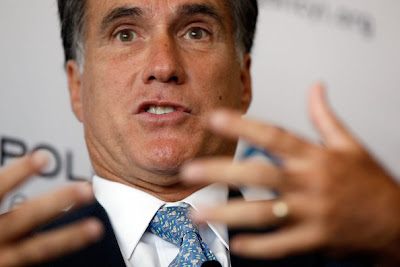 When Nutraceutical was founded in the early 1990s, it joined a natural products industry in Utah that had a long and colorful history. For example, in a 1979 article, writer Elaine Jarvik said that six Utah herbal companies were not only "the first companies in the world to put herbs in capsules, but they now account for 85 percent of the nation's herb business,…"

In 1998, the Los Angeles Times ran a four-part series on alternative health. The third article focused on how Utah became what writer David R. Olmos called the "Silicon Valley of herbs." He pointed out that the state's herbal and supplement industry was "bigger even than the skiing trade." In addition to entrepreneurship, Olmos credited Utah's Mormon culture. Although the LDS church had long accepted modern scientific medicine, many of its members used herbs and other forms of alternative healing, partly due to the church's "Word of Wisdom" found in founder Joseph Smith's Doctrine and Covenants. Thus, herbalism, capitalism, and religious factors all took part in creating the history of Utah's herbal products industry.

When we left off, we were unpacking the quote above - in the context of Mitt Romney's ownership of Nutraceutical International through Bain Capital, Inc. - so let's continue putting the quote away (along with the claim Mormons are Christian) by focussing on it's second half:

In it, a claim is made "the LDS church had long accepted modern scientific medicine" but it is "partly due to the church's "Word of Wisdom" found in founder Joseph Smith's Doctrine and Covenants," that "many of its members used herbs and other forms of alternative healing."

This is a schizophrenic statement to say the least (How can someone, both, accept modern medicine yet also go against it, and do so because of a religious con man's anti-science revelation?) It clearly puts LDS members in the same ideological category as NewAge anti-vaccinationists who - because of ignorant revelations from the likes of NewAgers Jenny McCarthy and Suzanne Somers - adopt an anti-science posture while saying they're doing so in the interest of same.

Also, reinforcing the NewAge angle, reader PW sent a link showing Joseph Smith's wasn't the only "Word of Wisdom" the LDS church was fond of. 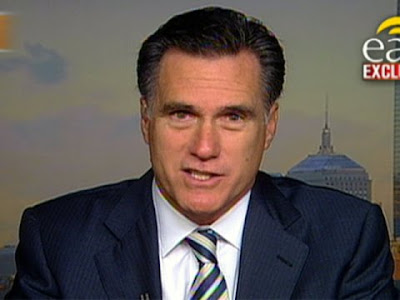 
Diet Supplements or Nutritional Supplements: A Ruse by Any Other Name is Still a Ruse

Health supplements 'could cause cancer': Study finds some products may increase chance of getting disease

Ignore all that hype about antioxidant supplements: Why daily vitamin pills can INCREASE your risk of disease 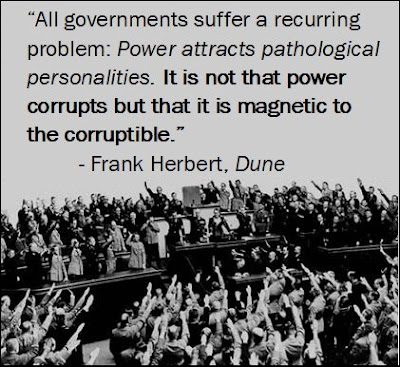 And this is the business Honest Abe - I mean, Mitt Romney - made his $250 million dollar fortune in. Boy, considering he loves and looks out for us that much, I can't wait to see what else he does for Americans! But it gets better. According to the original link PW sent me on Nutraceutical, it's "beginnings date to 1993, when Bain Capital, Inc.--a Boston-based private equity company--paired with senior management to organize Nutraceutical and consolidate what its leaders thought was a very divided nutritional supplements industry." And what great timing they had because, fortunately for them, according to the Science-Based Medicine website's article, "DSHEA: a travesty of a mockery of a sham": 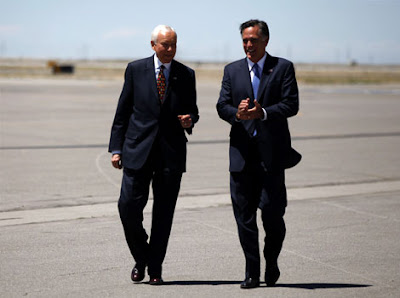 Isn't that brilliant? The laws surrounding supplements were changed one year after Mitt got into the business! Why, it's almost as if he knew it was coming. But how could that be? Was it possible another member of the cult was given a heads-up?


[DSHEA] allows for the marketing and sales of “dietary supplements” with little or no regulation. This act is the work of folks like Tom Harkin (who took large contributions from Herbalife) and Orrin Hatch, whose state of Utah is home to many supplement companies. 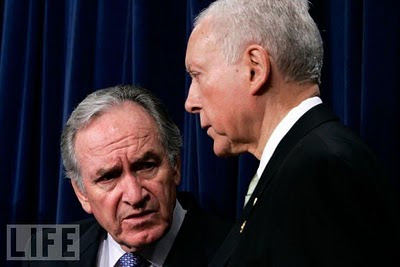 Tom Harkin and Orrin Hatch. Well now. A member of the Democrat wing of the NewAge cult and a member of the NewAge Mormon cult, working together on something another of their kind has already heavily invested in. Who'da thunk it? And, considering the Clean Gene credentials of these two great political leaders - and the respective spiritual/religious/cult groups they're involved in - the integrity of the new regulations must be iron-clad, right? Right?


DSHEA has a couple of very important consequences (aside from filling the pockets of supplement makers).

What does the FDA require of “supplements”?

To paraphrase: “sell whatever you want, just don’t let us catch you.” 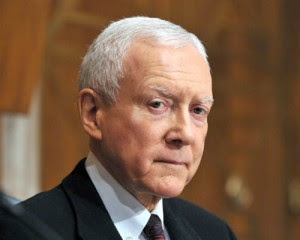 Now, since I just did a post on Tom Harkin - and this is supposed to be an investigation into the mayhem behind Mitt Romney and Mormonism - let's focus on that other great Mormon leader involved in the supplement industry for a moment, and by that I mean Orrin Hatch. 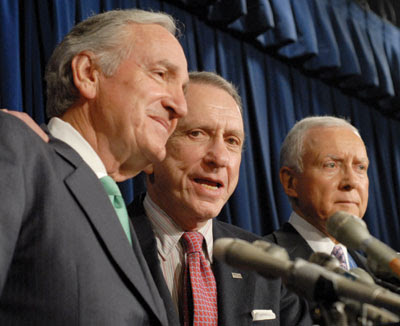 He should be called I-Can-Help Hatch because, it seems that, wherever his cult or a cult member needs a helping' hand, ol' Orrin appears to give assistance. Consider:


If the government had been as effective in eradicating religion from public life as George W. Bush likes to insist it has, the Church of Jesus Christ of Latter Day Saints (LDS) would not have been able to turn public park benches into church pews. But that's pretty much what happened in 1998, when LDS leaders secretly persuaded then-Salt Lake City Mayor Deedee Corradini to sell a block of Main Street to the church for $8.1 million. The church had been coveting the downtown land for years, as it slowly snatched up all the real estate surrounding the Mormon Temple, its religious capital.

Initially, the church said it would remove the street and build a landscaped park that would "bring a little bit of Paris to Salt Lake," complete with reflecting pool. The city planning commission approved the deal on condition that the new plaza be regulated as a public park. But the city council signed off on a slightly different proposal, which quietly granted the church exclusive rights to proselytize in the park and to keep out those it found undesirable.

As a result, people crossing the plaza on their way to Nordstrom can now be bombarded with religious brochures and broadcasts of LDS church president Gordon B. Hinckley droning on about the evils of "so-called gays and lesbians." Passersby, however, can no longer use the space to protest (as they did during the debate over the Equal Rights Amendment), listen to music, sunbathe, skateboard, smoke, or do any of the other things they used to be able to do on the city street and sidewalks. Mormon security guards will ensure that the poor schmuck smoking a Newport and sporting an "I'm with shithead" T-shirt finds another route to the mall.

…Not everyone in Salt Lake was thrilled with the Mormons' "little piece of Paris." The American Civil Liberties Union (ACLU) and the First Unitarian Church sued the city, arguing that the deal gave the "indelible impression that the LDS church occupies a privileged position in the community" and blurred constitutional distinctions between church and state. So far, though, they haven't made much headway. But what did they expect? The federal judge hearing the case was a Mormon, hand-picked by fellow church-member Sen. Orrin Hatch.

What a guy - and what a cult. They said they wanted one thing - which no one could argue with - but "signed off on a slightly different proposal," that no one wanted but them,...with Orrin's "help." 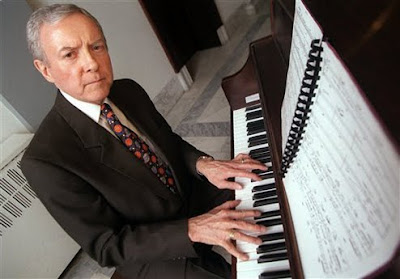 Orrin also played everyone (like a piano) on the hosting of Utah's 2002 Olympic games - led by (who else but) Mitt Romney - which,…Oh Hell, read on:


Olympic officials, increasingly frustrated with the U.S. response to their [illegal supplement] concerns,...blamed the surge in nandrolone tests on a single U.S. senator: Orrin Hatch (R-Ut.). Hatch was the chief architect and sponsor of DSHEA, which among other things, prompted supplement makers to flood the market with vitamins, herbal remedies, amino acids, and other "natural products" like andro without any federal safety or purity guarantees. "[Hatch] is directly implicated in this affair," said Prince Alexandre de Merode, chairman of the IOC medical commission.

The IOC criticism was particularly biting given that Hatch's home state will be hosting the next winter games in 2002, and that one of the games' major sponsors is, in fact, a supplement company. Utah had already produced a major Olympics bribery scandal; all it needed was a reputation as the world's steroid capital just as the IOC was arriving with its drug-test lab.

That's right - an anabolic steroids AND bribery scandal, in the same event, which was lauded by the press as "successful" - are Orrin, Mitt, and their "church" good or what?

Yeah - as good as the journalists who've repeatedly failed to put any of the "nice," salt-of-the-Earth, and filled-to-the-brim with integrity behavior of these so-called "spiritual" groups together. My hat is off to them all.