Kyoto Was The First Plane,... 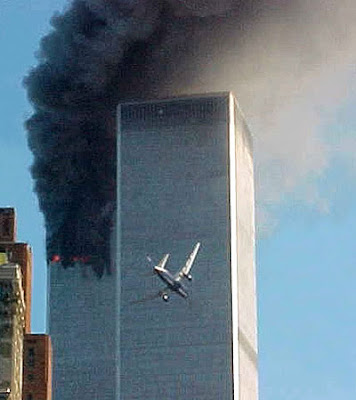 "Ian Plimer has outraged the ayatollahs of purist environmentalism, the Torquemadas of the doctrine of global warming, and he seems to relish the damnation they heap on him.

Plimer is a geologist, professor of mining geology at Adelaide University, and he may well be Australia's best-known and most notorious academic.

Plimer, you see, is an unremitting critic of 'anthropogenic global warming' -- man-made climate change to you and me -- and the current environmental orthodoxy that if we change our polluting ways, global warming can be reversed.

It is, of course, not new to have a highly qualified scientist saying that global warming is an entirely natural phenomenon with many precedents in history. Many have made the argument, too, that it is rubbish to contend human behaviour is causing the current climate change. And it has often been well argued that it is totally ridiculous to suppose that changes in human behaviour -- cleaning up our act through expensive slight-of-hand taxation tricks -- can reverse the trend.

Plimer presents the proposition that anthropogenic global warming is little more than a con trick on the public perpetrated by fundamentalist environmentalists and callously adopted by politicians and government officials who love nothing more than an issue that causes public anxiety.

While environmentalists for the most part draw their conclusions based on climate information gathered in the last few hundred years, geologists, Plimer says, have a time frame stretching back many thousands of millions of years.

The dynamic and changing character of the Earth's climate has always been known by geologists. These changes are cyclical and random, he says. They are not caused or significantly affected by human behaviour."

-- Jonathan Manthorpe, on one guy who proves A) the debate is not "over" B) more than a few intelligent people think this is a NewAge "con" and not a mistake - and, if it is a con, somebody needs their asses kicked for getting us to blow so much money (and potentially blow even more) on it, and C) looking up at the polar ice caps - instead of down at the ground - while making the sad face, is about as helpful as staring at The Vancouver Sun.