I Am Glad I've Been Too Stupid To Fall For This 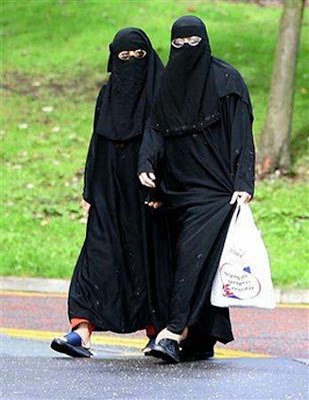 "Organic food has no nutritional or health benefits over ordinary food, according to a major study published Wednesday.

Researchers from the London School of Hygiene & Tropical Medicine said consumers were paying higher prices for organic food because of its perceived health benefits, creating a global organic market worth an estimated $48 billion in 2007.

A systematic review of 162 scientific papers published in the scientific literature over the last 50 years, however, found there was no significant difference.

'A small number of differences in nutrient content were found to exist between organically and conventionally produced foodstuffs, but these are unlikely to be of any public health relevance,' said Alan Dangour, one of the report's authors."

-- Ben Hirschler, revealing how the Western World has been throwing it's money away - up to 50 cents more, per item, to support a very-popular health lie, like yoga - or, rather, Reuters.

Well, well, well,...it seems that another issue people have been willing to argue with me over has fallen, decisively, in my favor.

I think most people today have a broken bullshit detector - they're too gullible - for instance, falling victim to the stroking their fellow foodies will offer on their "enlightened" and "open-minded" outlook, good taste, and/or their ever-present wrong-headed concern for "the environment". Ripping such people off is like shooting fish in a barrel. One poor fool recently told me to "eat shit and die" after I tried to tell him he was being taken for a ride, on multiple levels, because he was a sucker for organics. I was only trying to help.

Oh well. If that's my role in life, then so be it. I probably lost a wife over it, and some people got killed, but, I guess, if wishing me the worst makes them all feel better than dealing with the fact that, for decades, they've been willingly tossing money down a hole for nothing because some actual assholes - after convincing these geniuses of some stupid bullshit lie about "the environment" and their health - discovered they could easily capture and control the mind, cash, and habits of one "mark" after another. They'll even line up for it - and possibly have sex with you, too!!! What a scam!

So, the great con of our time goes on,...resulting in those who give out correct advice to endure regularly hearing things like "eat shit and die" from suckers who consider themselves smarter, nicer and so much more "enlightened".

This really is a wonderful world NewAge has created, huh?

It's no wonder I stay so fucking happy,...