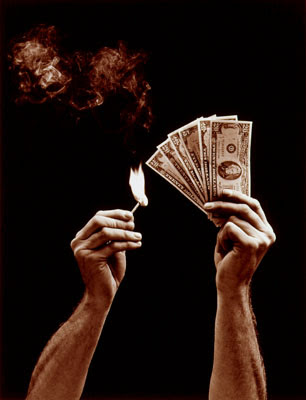 "Americans spend about $34 billion annually on alternative medicine, according to the first national estimate of such out-of-pocket spending in more than a decade.

'We are talking about a very wide range of health practices that range from promising and sensible to potentially harmful,' said Dr. Josephine Briggs, director of the National Center for Complementary and Alternative Medicine, the federal agency that leads research in this field.

More research into which therapies work is critically needed, because the spending on them is 'substantial,' she said.

Some consumer advocates say people are wasting money on some products that rigorous studies already have shown don't work.

'Even in these recessionary times, a great deal of money is being spent on some forms of complementary and alternative medicine whose efficacy is questionable,' said Bruce Silverglade, director of legal affairs for the Center for Science in the Public Interest, a consumer advocacy group.

The last government estimate out-of-pocket spending on alternative medicine came from a 1997 survey. That research estimated $27 billion was being spent.

The new report concludes that 38 million adults visited alternative medicine practitioners in 2007. They paid less than $50 per visit on average, but many paid $75 or more for services such as acupuncture, homeopathy and hypnosis therapy.

The average annual spending per person to see practitioners was about $122, and the average spending on products was $177.

A whopping $3 billion was spent on homeopathy,..."

-- Marilynn Marchione and Mike Stobbe, on why those "crazy people in government" shouldn't be looked upon as the only Americans hell-bent on wasting our money by the bucketful: they've got lots of help in the private sector - and I don't mean "Big Pharma" - but the idiots who aren't capable of understanding The Associated Press. 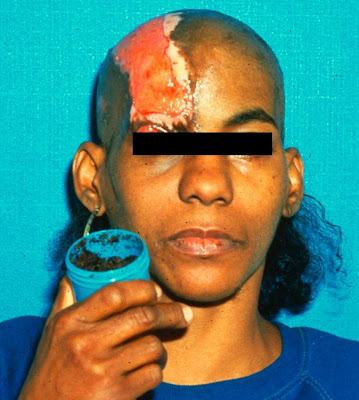 UPDATE: I did find some good news in all this nonsense - the "practitioners" are going broke! - from The Los Angeles Times:

"The survey found CAM makes up just 1.5% of U.S. healthcare expenditures. However, it accounts for 11.2% of total out-of-pocket expenditures. Of the $33.9 billion spent out of pocket on CAM, most of it was for self-care products, such as classes, products and materials. Compared with the last survey of CAM practices in the U.S., in 1997, visits to CAM practitioners have plunged 50%." [Underlined emphasis TMR's]

O.K., so the NewAgers are catching on that these people are con men and not doctors. Great. The next step?

Convincing the NewAgers that they're not doctors either,...