Look Out World: We've Got Another One!!! 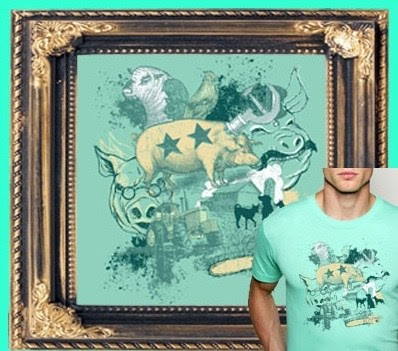 "Word of advice to gays and lesbians: enjoy your comfort zone while you can.

Leftists claim to be die-hard humanitarians, yet they are the continual robbers and stiflers of free expression - always for the greater good - a compulsion that has nothing whatsoever to do with altruism, spirituality, or even with thought. The reality is they loathe people one on one, and prefer the safety of Utopian ideas.

Six months ago, to crib from Martha Dobie, I started to feel so damn sick and dirty I couldn’t stand it anymore. So I declared myself an apostate right here - because, as the New Age slogan goes, you’re only as sick as your secrets. If conservative really is the new gay, then the time for all closet cases to come out, loud and proud, is now.

My phone’s been ringing a lot less since then - a generous tactic better known as the silent treatment. Silence is supposed to be golden. When it’s a personal choice, it can be sacred. But petty tyrants walk among us - at the supermarket, in the gym, at the office, the stoplight - and some of them are your friends.

Once you’re out, some of them may choose to remember you the way you were before you woke up. And I suppose there’s something touching, maybe even flattering, about a loved one who clings to a fond memory of the past.

But make no mistake: there’s nothing considerate, or peace-loving, about silence when it’s used as a muzzle. And for the Left, past and present, the ultimate goal is to keep the lies current, no matter how much denial, fear-mongering - or voodoo - it takes."

-- Charles Winecoff, a gay American - emphasis on the word "American" - finally declaring himself a conservative, while living in Big Hollywood.

Read the whole piece. Just as I've always made clear, Charles Winecoff states that Shirley MacLaine is a NewAge liar, and shows the devastating effect her lies have had on the lives of others. It's TMR's opinion that, at the very least, she should be shunned by all right thinking individuals.