I'm The Man: I Know It Like The Back Of My Hand 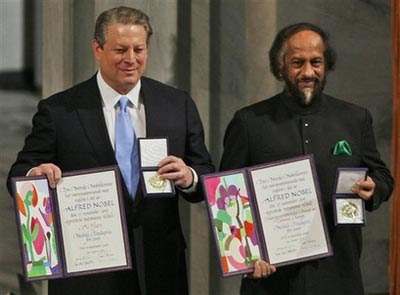 Somebody's got to be right in this world, Ladies and Gentlemen:

"The IPCC—which has produced four omnibus assessments of climate science since 1992—has issued several embarrassing retractions from its most recent 2007 report, starting with the claim that Himalayan glaciers were in danger of melting as soon as 2035. That such an outlandish claim would be so readily accepted is a sign of the credulity of the climate campaign and the media: Even if extreme global warming occurred over the next century, the one genuine scientific study available estimated that the huge ice fields of the Himalayas would take more than 300 years to melt—a prediction any beginning chemistry student could confirm with a calculator. (The actual evidence is mixed: Some Himalayan glaciers are currently expanding.) The source for the melt-by-2035 claim turned out to be not a peer-reviewed scientific assessment, but a report from an advocacy group, the World Wildlife Fund (WWF), which in turn lifted the figure from a popular magazine article in India whose author later disavowed his offhand speculation.

But what made this first retraction noteworthy was the way in which it underscored the thuggishness of the climate establishment. The IPCC’s chairman, Rajendra Pachauri (an economist and former railroad engineer who is routinely described as a 'climate scientist'), initially said that critics of the Himalayan glacier melt prediction were engaging in 'voodoo science,' though it later turned out that Pachauri had been informed of the error in early December—in advance of the U.N.’s climate change conference in Copenhagen—but failed to disclose it. He’s invoking the Charlie Rangel defense: It was my staff’s fault.

But Pachauri’s days as IPCC chairman are likely numbered; there are mounting calls from within the IPCC for Pachauri to resign, amid charges of potential conflicts of interest (like Gore, Pachauri is closely involved with commercial energy schemes that benefit from greenhouse gas regulation) but also in part because Pachauri chose this delicate moment to publish a soft-core pornographic novel. (The main character is an aging environmentalist and engineer engaged in a 'spiritual journey' that includes meeting Shirley MacLaine, detailed explorations of the Kama Sutra, and group sex.)"