Geoff Gilpin (above), who wrote The Maharishi Effect, has now written about it's abject failure in a downloadable piece called Quantum Consciousness, Quantum Miracles, Quantum Failure, which (while I don't agree with all of it) I consider a must-read, because it still contains a lot of sense. Here are some choice quotes:

"I wrote The Maharishi Effect because I wanted answers to questions that were bugging me since I left the Transcendental Meditation movement in the 1970s. Some questions— like 'how could something so pure and idealistic go so far off the rails?'—turned out to have simple answers, like 'we were young and stupid.'

Here is the Law of Quantum Failure:

'If you believe that you create your own reality, you will automatically create the worst reality possible.'

'If you believe that you create your own reality, you will automatically create your enemy’s reality.'

The 'left wing occult' plays into the hands of the enemy.

We believe in openness and tolerance. As a group, we’re remarkably free of bigotry and the need to dominate others. Heck, we could make a big difference... or we could if it weren’t for the Law of Quantum Failure. Once the psychic powers and golden age fantasies come in, all the wisdom and good intentions in the world can’t help.

We tried creating our own reality and it failed. Our future, if we have one, lies in the rational, objective, scientific world that we all inhabit. It may not seem exciting after the mystical wonders of the last generation, but it’s our best hope." 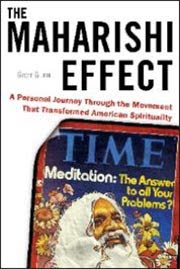 Amen, brother, amen. It's so nice to read someone who admits there is an occult movement and won't hide his involvement. (Camille Paglia is another, though she claims she's still down with it.) Read the whole thing, Folks, and see for yourself:

The man is on to something.