How You Get To Be Like Me (Or Close) 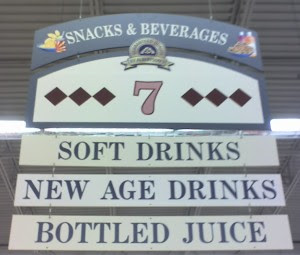 "Many years ago I too was stiffed by a New-Wage entrepreneur. Granted, it was on a much, much smaller scale than seems to have been the case with the former Secret team members, and the business person in my case was a small-time magazine publisher. Nevertheless she talked a good game of spirituality and ethics and a new era for humanity, and – go ahead, laugh at me; I deserve it – I honestly thought at the time that I was going to be a part of something big and important. Unfortunately, her business dealings were anything but clean, and she ended up stiffing just about everyone who did any work for her. In her case, however, instead of suing those who tried to get payment from her (as seems to be the case with at least one of the lawsuits I mention in this post), she just disappeared into the crowd, and resurfaced a few years later with a new name.

For me, the incident with the publisher was a turning point on my road to cynicism about many of the things I'm blogging about today. This person was far from the only shady New-Wager I've encountered over the years. Had this been an isolated incident I would have shrugged it off. But her behavior seemed to be part of a larger pattern that became clearer to me as time went on. And it is remarkable, really, how many people in the metaphysical/selfish-help/pop-spirituality community use lofty spiritual concepts to either justify or detract from their sleazy dealings. To me that’s kind of like using a spritz of room spray to take care of the stench at a sewage plant.

The point is that I come by my cynicism honestly. And that’s why am willing to devote blog space to others who have apparently been wronged by New-Wage capitalists. Especially when they seem to have been wronged on a very grand scale."

- Cosmic Connie, who has been kind enough to promote this blog on hers (no matter how big of an ass I am)