On The Never-Ending Search,...For Spirituality 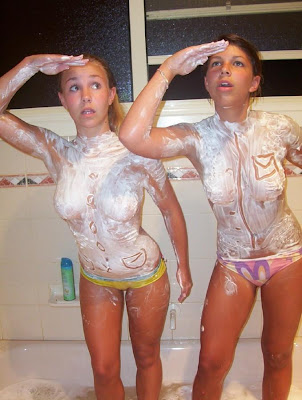 "When [Ireland's] President Mary McAleese visited Dzogchen Beara, a spectacular Buddhist retreat perched high above the Atlantic Ocean on the rugged west Cork peninsula in September 2007, she was full of praise for Sogyal Rinpoche, its Tibetan-born spiritual director.

It was, the president said, 'a particular joy' to be in the company of a lama and bestselling author whose “wonderful work” is 'known to many people right around the world'.

The president’s remarks about the spiritual leader, whose name means Precious One, along with photographs of her visit now feature prominently on the centre’s website, which advertises courses on bereavement and meditation.

It has now emerged that Rinpoche has a controversial past and was once accused in a $10m (€7.16m) American lawsuit of 'physical, mental and sexual abuse'."

-- Richard Oakley, with news that's now so easy to predict it defies the word "predictable", in The Times Online.

When, Oh when will you people learn? Or even start learning? You've got the "lusting" part down, but the learning,...