Don't Tell Me The Moon Is Blue

"The 'anti-war' 'left' was used by the Democratic Party."

-- Cindy Sheehan, once again answering the question: "Who are the rubes?" - it certainly ain't me because I ain't using anybody - I'm trying too hard to stay accurate, much like The Washington Examiner.

"To listen to the White House and its supporters in and out of the media, you would think that opposition to 'Obamacare' is the hobgoblin of a few small minds on the right. Racists, fascists, Neanderthals, the whole Star Wars cantina of boogeymen and cranks stand opposed to much-needed reform.

Left out of this fairly naked effort to demonize many with the actions of a few is the simple fact that Obamacare — however defined — has been tanking in the polls for weeks. President Obama’s handling of health care is unpopular with a majority of Americans and a majority of self-proclaimed independents.

Focusing on the town halls has its merits, but if you actually want Obamacare to pass, casting a majority of Americans as the stooges of racist goons may not be the best way to go."

-- Jonah Goldberg, giving the Left some much-needed advice - as their filth swirls further down the shower drain - in The National Review Online. 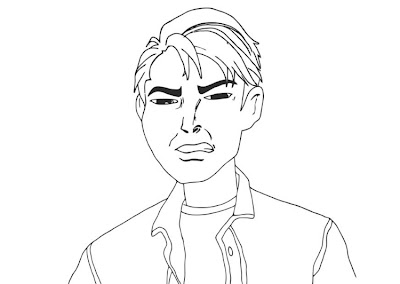 "That there are kooky conspiracy theorists who just can't accept that they lost and we now have a black man as the President of the United States does not surprise me."

-- Orac, calm, cool, and collected cancer researcher and scientist - my main man online, who I spoke up against for this smear, only to be smeared by he and his supporters - projecting this P.C. form of racism onto others (remember: whether supposedly "race conscience" liberals like it or not, I'm one of those hated black guys you've assigned yourselves to protect - so without evidence, scientific or otherwise, go ahead and attack away) spouting Respectful Insolence. 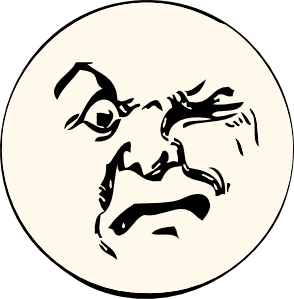 "Stepping up the rhetoric from mockery to pure hatred, and absent any evidence, Mr. [Keith] Olbermann has called the president's public protesters 'worse than racists.' Political activist and comedian Janeane Garofalo colored them 'racist rednecks who hate blacks.' And at the somewhat higher end of the food chain, liberal economist Paul Krugman in the New York Times wrote last week that they were motivated by 'cultural and racial fear.'

House Speaker Nancy Pelosi, who is having a hard time these days explaining the president's Israel policy to her Jewish constituents, blatantly lied and said that the protesters were wielding 'swastikas and symbols like that.'

Supporters of the president understand what is going on. So do his detractors.

The mainstream media and the Democratic Party are working in concert to make sure that what happened to President Bush -- sustained organized grass-roots protests ('mobs,' if you will), relentless media criticism and permanent opposition-party obstructionism -- does not happen to their guy. Complicating matters, the media's fate is directly tied to the president's. Without them, Barack Obama would still be a backbencher from Illinois.

But the mockery. The recklessness. Unsupportable libel isn't working. The tea parties and, now, the health care protests at town-hall meetings have only gotten bigger and stronger. The anti-big-government movement is pure. Its participants represent something close to what used to be considered normative in this country.

I saw no 'tea bagging.' Blacks and Hispanics carried signs along with the white majority. But there was a sketchy dog dressed in a red, white and blue sweater.

Make of that what you will, Mr. Olbermann.

Last week, a black gentleman named Kenneth Gladney went to a town-hall meeting hosted by Rep. Russ Carnahan, Missouri Democrat. While passing out 'Don't Tread on Me' flags, he was viciously attacked by Service Employees International Union (SEIU) members. One called him a 'nigger.'

These union thugs were directed by the White House to go to the protests and 'punch back twice as hard.' And they did.

While the attack was captured on video and is available on YouTube, Mr. Gladney's horrifying story is absent from MSNBC's 24/7 media cycle. Mr. Krugman has yet to write about it. And Mr. [Anderson] Cooper has yet to condemn the attack."

-- Andrew Breitbart, examining the whole grab bag of bias against what's "normative" - exposing it's racial consistency and racist quality - to show anyone who may be confused about who the good guys are, that this is Real Clear Politics.