He's Got One Thing Right: This Won't Last Long 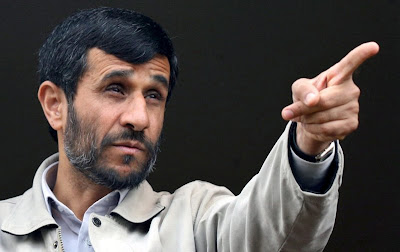 -- Mahmoud Ahmadinejad, sealing Iran's fate - Israel: do your duty - and maybe our own (because our president is such a chump) as reported by Reuters.